TRENTON – There are bipartisan whispers in the Statehouse: Gov. Chris Christie’s budget is solid.

Of course, that’s an easy conclusion to draw this early in the budget season.

From the left to the right, Republican Budget Officer Declan O’Scanlon (R-12), of Little Silver, said, “People are getting up and saying, ‘It’s a pretty good budget.’ ”

For some of the factions in the Statehouse, “pretty good” is a major compliment.

The legislative lynchpins of Christie’s budget are two major reforms, pension and benefits. Although the aim is long-term efficiencies and system recalibrations, there’s a lot riding on the two bills this year.

Both bills are penned by state Sen. President Steve Sweeney, (D-3), of West Deptford, the ranking Democrat in the state Legislature, which is a credit to Sweeney’s foresight: the governor now has to go through him.

“I don’t think there’s a competing bill out there yet, at least not one that we’ve put our support behind,” said Christie spokesperson Kevin Roberts. And although the front office isn’t dismissing the possibility that a Christie ally puts their own version of these reforms on the table at some point, they’re working through Sweeney for now.

Christie has even used Sweeney’s own timeline for the reforms, and used the Senate President’s own words in his February budget speech.

“President Sweeney, I heard you loud and clear when you were quoted recently as saying: ‘I want this thing done by the middle of March. That’s my goal, to get the pension bill done. But I want to get this stuff finished because it has to be finished. This is what’s killing the state of New Jersey. The cost of the pension and health care are destroying the state’s economy.’ You were right,” Christie said.

The middle of March is here and there’s been no sniff of these reforms in committee or chamber.

One of Christie’s generals in the Legislature, state Sen. Joe Kyrillos,  (R-13), of Middletown, said, “It could get done. There’s no reason why it couldn’t get done in March or April. It’s not like it’s a new issue; it’s one of the defining issues of our time.”

The pension bill isn’t going to affect the current budget season, so much. In fact it actually increases costs upfront, but addresses the pension deficit over years. Its most significant factor in the current budget is, in many Democrats’ minds, superfluous. Christie has insisted on prepaying a FY2012 state pension contribution in FY2011 should the Legislature pass the pension reforms he has trumpeted.

If the state’s $500 million payment isn’t made this budget cycle, Christie’s proposed budget for FY2012 will not, on paper, include a reduction in state spending, something Christie likes to tout in his rounds.

More consequential to this budget cycle, the health care reform bill carries with it $323 million in health care savings, from which Christie has promised to provide an additional $189 million in homestead tax credits.

Pension needs to get done, O’Scanlon  said Tuesday. But in the immediate future, “Health care is where the taxpayer savings is.”

“If you still want us to increase property tax relief,” he said to the Dems who are stalling the reform bill movement, “you gotta pay for it.”

The majority of Democrats are intent on allowing the public sector unions to have a crack at health care from a collective bargaining standpoint, hoping to avoid the need for such deep-cutting reforms that unions believe infringe on their duly acknowledged terms of employment.

But Christie is standoffish, according to the Communications Workers of America (CWA), the largest state employee union, who said the governor declined to engage in benefit discussions until the Sweeney bill is considered.

One of the problems that might emerge as the budget season progresses without the health care reform in place is this: the $323 million in savings in Christie’s plan isn’t nearly the same amount of savings as in Sweeney’s bill.

The fiscal evaluation of Sweeney’s bill and the potential savings haven’t been calculated yet, so the exact savings gap is unknown, but also undeniable.

So when the likely scenario plays out – Christie and Sweeney find some compromise, almost bound to have a lesser immediate fiscal impact – are the homestead rebates the first to go?

Where is the remainder of the reform savings applied?

“I don’t know where that is,” O’Scanlon said, but it’s assumedly in the general fund. The Governor’s Office didn’t immediately know the answer to that question either; they were checking with Treasury.

“It’s all fungible,” O’Scanlon said. “We’ve got to decide where our priorities are.”

Recently signing on as a co-sponsor to the Sweeney health care bill, Republican state Sen. Jennifer Beck, (R-12), of Red Bank, is in the middle of the negotiations between Sweeney and Christie.

She’s not answering calls to see how negotiations are going, and Sweeney’s staff isn’t addressing the topic publicly either.

One of the main points of contention, a legal argument, is whether retired public employees should have their contribution levels hiked.

Kevin Roberts, a spokesman for the governor, said, “It would be premature to discuss these issues at this point in the process while conversations are ongoing, and would effectively amount to negotiating these points in the press, something we aren’t going to do.”

Some in the Statehouse are hoping – nearly expecting – an “April surprise,” an unanticipated influx in state revenue, which could be in the hundreds of millions this spring.

One surprise not likely: health care and pension reform in mid-March. 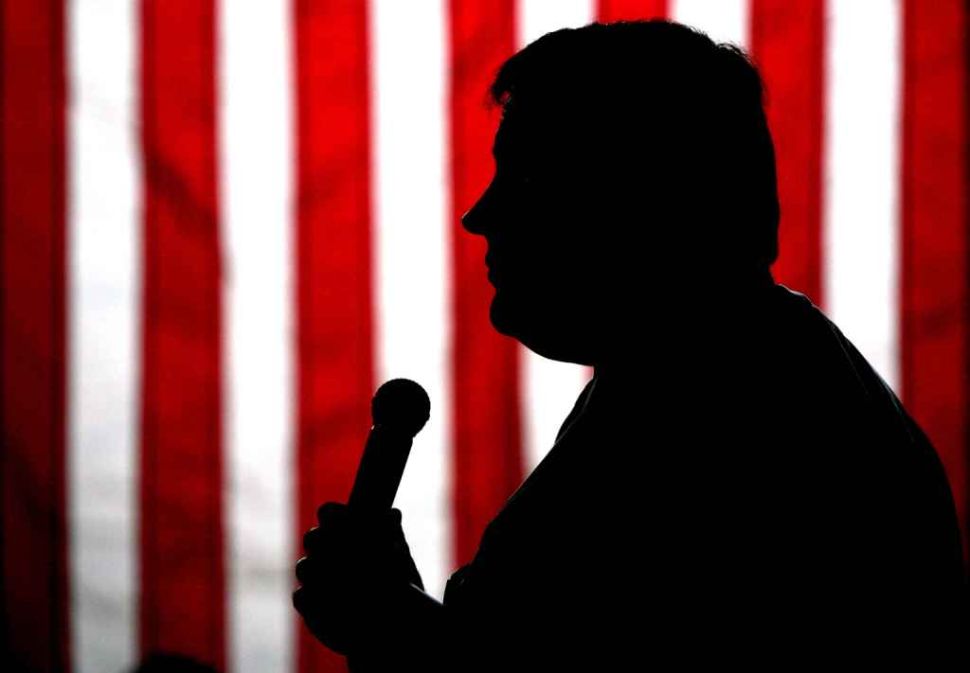