The Nicky Fifth Series of books, created by author Lisa Funari-Willever, feature stories set in the Garden State, and characters, Junior Ambassador and Nicky Fifth, who are loosely based on real-life persons.

“It’s a great opportunity to use literature as a zero-cost initiative to market the state,” she said during a break from the committee meeting, held at the Lyceum Hall in downtown Burlington.

With many parents being “overscheduled and exhausted,” she said they don’t always have the opportunity to take their kids to the various locations around the state that are of special significance.

The resolution states that Funari-Willever’s books have “served to raise awareness among thousands of New Jersey children about the often overlooked places of historical and cultural and recreational significance in their home state.”

Funari-Willever said she hopes the books will help counter the often negative stereotypes New Jersey has, much of which stems from television programs such as MTV’s “Jersey Shore” and “The Real Housewives of New Jersey.”

The resolution encourages school districts to include the book series in their curriculums ” so that the books’ positive impact on tourism and education might continue to grow even greater.”

“Thank You so much for what you have been doing,” said Assemblyman Jack Conners, (D-7), of Delran.

Assemblywoman Nancy Munoz, (R-21), of Westfield,  commented that the cable shows set in New Jersey do a disservice to the state’s image, especially “Jersey Shore.”

“I wish Snooki and Situation would go back to New York, where they belong,” she said. 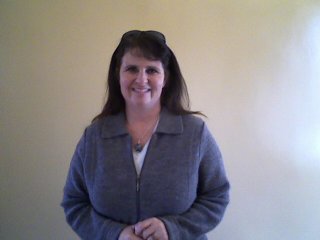