“I think I can make a difference in the current atmosphere, based on my background in state government and business,” Barnes told PolitickerNJ.com.

A resident of Edison, Barnes is up against a chilled party atmosphere in the aftermath of former Sheriff Joe Spicuzzo turning himself into state authorities and subsequently pleading not guilty to corruption charges.

Spicuzzo was the long-serving chairman of the Middlesex Democrats.

“I’m not going to comment on that, all I know is what I’ve read in the papers,” said Barnes, a retired FBI agent who served 11 years in the Assembly before retiring in 2007.

“My job now is to infuse the party with a lot of enthusiasm and getting everybody together for a unified party,” he added.

Carteret Mayor Dan Reiman is already an announced candidate for the chairmanship, and Kevin McCabe, an executive with the New Jersey Carpenters Union, is being backed by the Woodbridge Mayor John McCormac wing of the Democratic Party.

“There are other candidates, and I intend to get out and campaign and put my background out there,” said Barnes, former director of the Edison Police Department.

What about the age factor, PolitickerNJ.com asked the father of the sitting assemblyman of the same name who took his father’s seat when the elder Barnes retired.

“I’m 82 – don’t make me older than I am,” Barnes said. “That’s something everybody will have to make their determination on. I didn’t start in the world of politics until I was 64. They came to me and asked me based on my background in Edison.”

Barnes has the support of powerful state Sen. Bob Smith of Piscataway. 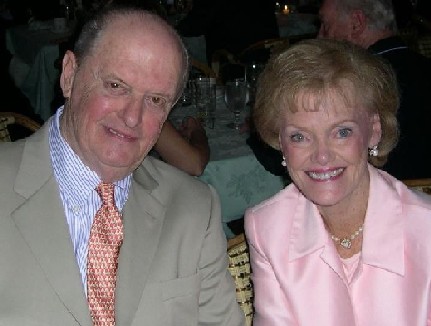