The Bayshore Tea Party Group (BTPG) today issued their Legislative District map and were in the process this morning of trying to deliver copies to all members of the bipartisan redistricting commission.

According to a release issued by the group this morning, the changes include:

“The People’s Map is based solely on Constitutional criteria in the interest of all the people of the State of New Jersey and without regard to partisan politics,” said Spinello. “Commission members who truly represent the people would support the same map as a member of the public as they will as Commission members. Therefore, we expect the Commission to support a non-gerrymandered and Constitutional map such as ‘The People’s Map’.”

The group’s leader, Barbara Gonzalez of Middletown, told PolitickerNJ.com that redistricting commission tiebreaking member Dr. Alan Rosenthal of Rutgers received a hand-delivered copy of the map for his consideration.

Two sources today said Rosenthal was already fixated on synthesizing maps he received from the Democratic and Repuiblican members of the redistrictoing commisison.

“Who cares?” movement conservative operative Rick Shaftan said of the Bayshore Tea Party’s submission. “It’s irrelevant. There’s the Democratic map and the Republican map and Rosenthal’s map. There are only those maps. (GOP Redistricting Commissioner Senator Kevin) O’Toole’s one of the smartest political minds in the state. Nobody cares what these people say at this point.” 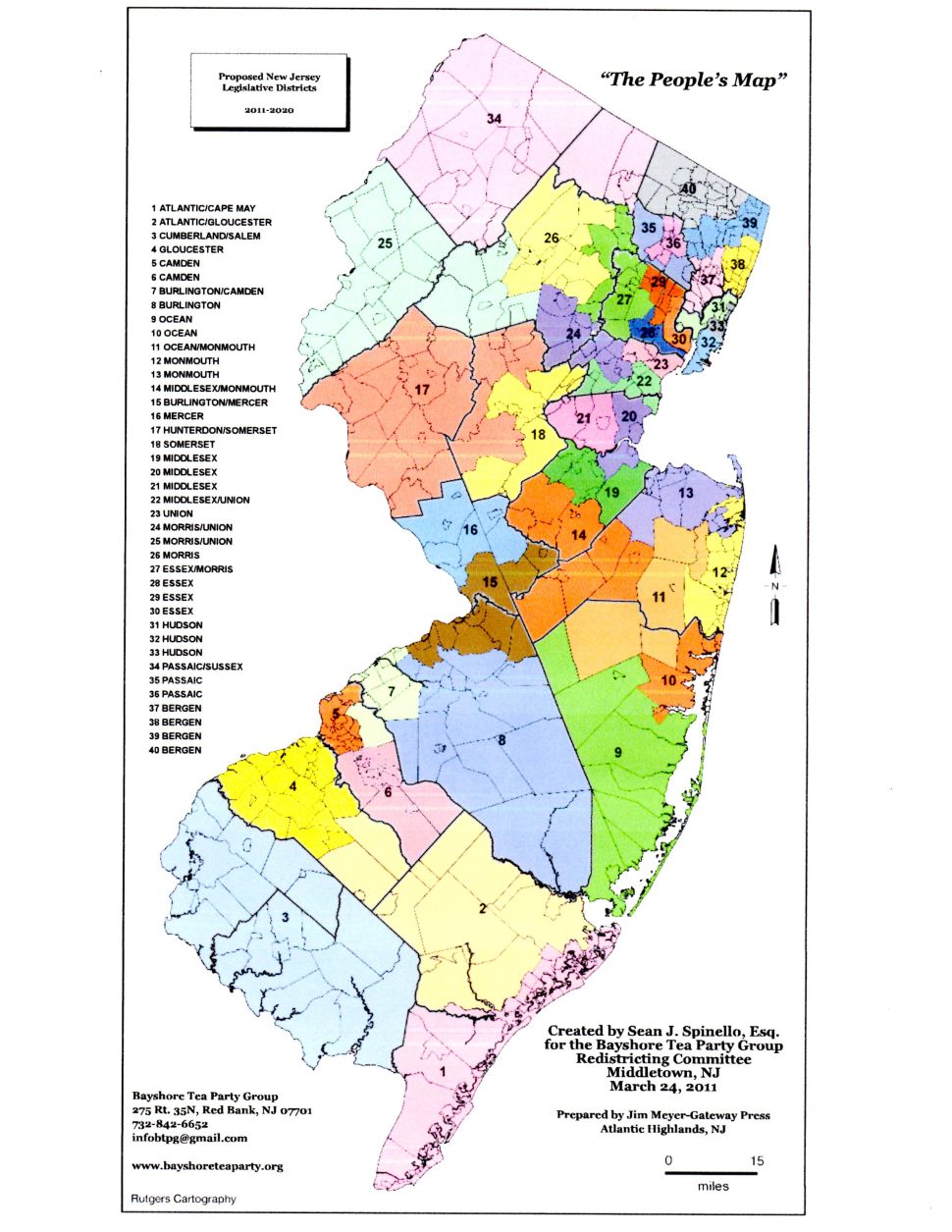