NEW BRUNSWICK – Wielding a blown-up laminated copy of their redistricting map, members of the Bayshore Tea Party and their friends descended on the Heldrich Hotel this evening to try to hand-deliver their legislative vision for the state into the hands of bipartisan power.

“What you have up there is a room where the people in power are trying to conserve their power,” said Peter Carroll of the Raritan Valley Tea Party, holding a sign among a small but at that point growing number of Tea Party supporters.

According to a release issued by the group this morning, the changes include:

The group wanted to give a copy of its map to tiebreaking 11th-member Prof. Alan Rosenthal for consideration. A copy of the map already hangs in the makeshift Heldrich Hotel office of the GOP, along with the minority coaltion and other maps. 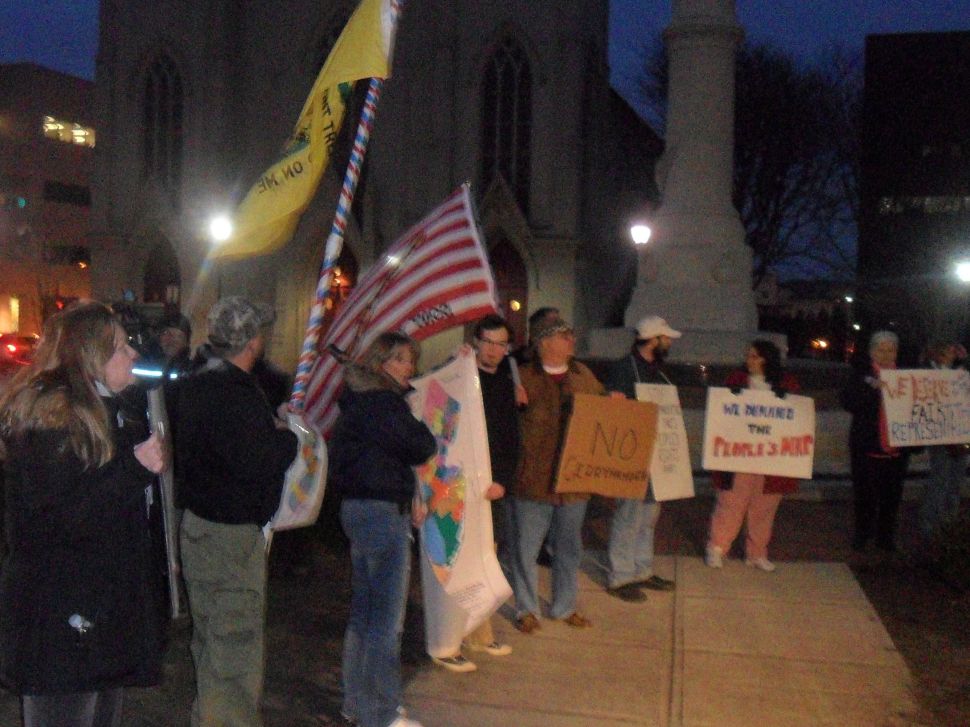