In a year when Atlantic City’s gaming industry received an unprecedented amount of attention and support, the casino industry spent $1.2 million in its efforts to lobby state lawmakers.

Among the wholesale changes to gaming brought about in 2010 were changes to the casino control act that served to deregulate the industry and a plan developed by the Hanson Commission and lauded by the Christie administration that would put portions of Atlantic City under state control in an effort to revitalize the city.

Among the big spenders were the Casino Association of New Jersey, which shelled out $304,000 in its lobbying efforts, and Caesars Entertainment Group, which spent $287,000 to sway Trenton lawmakers.

Perhaps as notable as what was accomplished on behalf of the casino industry last year is what was not done.  Last week, Gov. Chris Christie vetoed a measure that would have allowed internet wagering in New Jersey.  Christie said while he was generally in favor of the bill’s intent, it went against the wishes of the state’s voters who by referendum voted to restrict gambling to within the borders of Atlantic City.

Caesars was reported to be a staunch opponent of the measure, which passed in both houses with bipartisan support.

Several lawmakers told the Press of Atlantic City that the bump in spending is not surprising given all that is at stake for the industry.  Lawmakers said due to the complexity of the bill, casino industry lobbyists spent a great deal of time explaining the ins and outs of the bill.

“It was just a lot more action and a lot more explaining of their position,” said Sen. Jim Whelan, (D-2), told the Press.

Casino industry executives also defended the lobbying effort, telling the Press it was completely transparent and a byproduct of the amount of legislation under consideration.

“Our spending in 2010 was completely transparent and simply reflects our participation in the legislature’s consideration of Atlantic City’s revitalization, the most complex and sweeping reform of gaming regulation conducted since casinos became legal in Atlantic City, as well as on issues relating to expanded gambling in other parts of the state,” Gary Thompson, director of corporate communications for Caesars Entertainment Corp., told the paper. 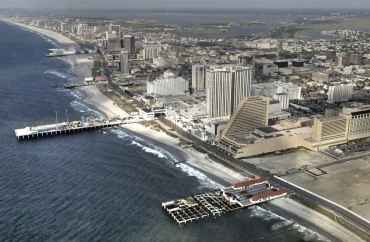