Newark School Advisory Board candidate Dr. Chris Pernell is fighting the residency issue hard tonight, and vowing to remain a candidate in the race in spite of a challenge filed by her opponents.

“I’m a Newark home owner since 2006,” Pernell told PolitickerNJ.com. “I am not dropping put of the race. Emphatically: I did not and will not drop out of the race. The only reason this challenge was issued is because people are perceiving me as a threat. I am new Newark.”

Pernell is a member of the For Our Kids ticket backed by North Ward Democratic leader Steve Adubato. Her opponents, the South Ward Councilman Ras Baraka-backed Children First, filed a challenge to her voting record as it relates to residency.

“No, I have not voted in a Newark School Board election,” admitted Pernell.

But that’s not at issue here, she said.

“The law says I need to be a resident of Newark for greater than a year, need to be a registered voter on election Day,” she said. “I will not be smeared or scared out of this race. I am a professional. This is black-on-black, dirty, toxic politics. I’m new Newark, and I am a woman who has been thoroughly trained.”

The Booker Administration briefly flirted with Pernell – on a recommendation by U.S. Rep. Donald Payne (D-Newark) – for its public health position.

The candidate tonight called on members of the City Council to defend her in the face of these “spurious” charges.

“I want them to stop, and I want the city council members to come forward and vouch for my professionalism,” Pernell said.

Running mate Tave Padilla said he has every confidence his running mate would remain in the race on the strength of her compliance with the law.

Two sources close to the levers of machine power in Brick City told PolitickerNJ.com they had heard Pernell was already out of the race. But again the candidate said not true – nor will it be true. 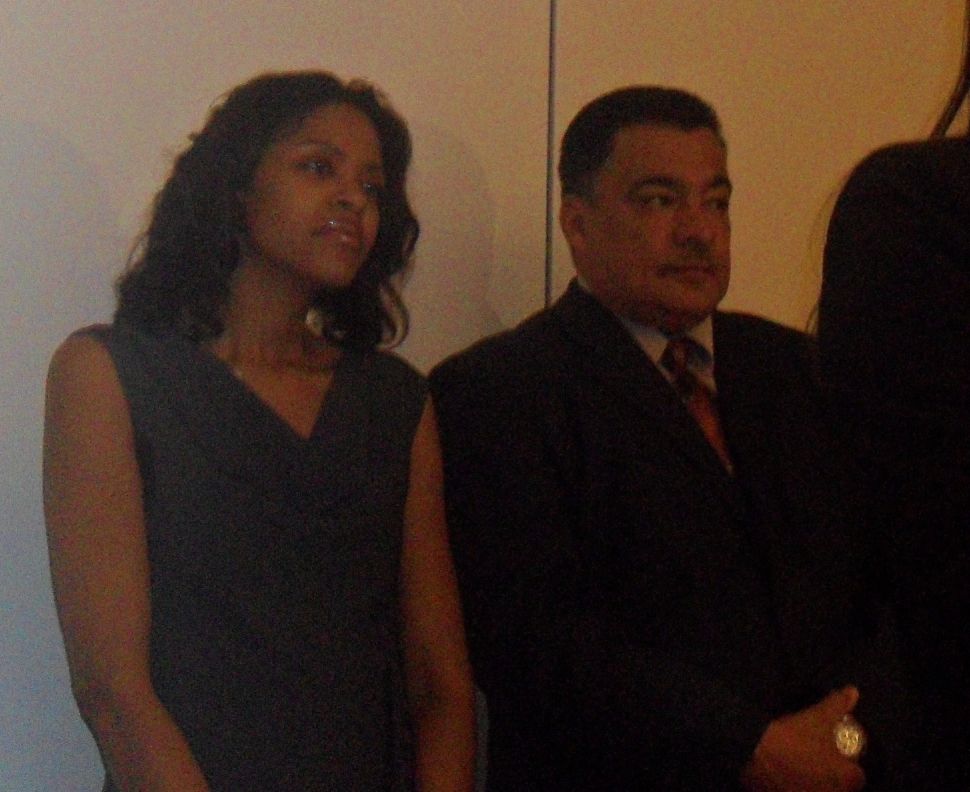