WOODBRIDGE – Asked by a woman why special education funding was being gnawed off, Gov. Chris Christie pointed to a skewed school funding formula.

Then he told the woman that if the voters keep a Democratic legislature in power, the school funding formula won’t change. Not only that, but he said the opposition is also coming after the rest of their money.

“The income tax was set up in 1970, supposedly, to be a property tax relief program,’ Christie said at Tuesday’s town hall here. It turned into a “disproportionate aid” mechanism that hurt every place that dollars were being taken from.

“It’s about changing the school funding formula,” he said, although there’s “no appetite” in the legislature for any change.

He said he tries not to be too partisan in his town halls, but “we can’t do these things with a Democratic legislature.”

“I can work with them if I need too,” but things like vouchers, school funding adjustments, and lower income taxes aren’t coming from the Dems.

They want to raise taxes, he said, but: “It’s just on millionaires…Why should we care?”

“That would get us about $600 million,” he said. “Believe it or not, that is not anywhere near enough money to start to solve the problem.”

Christie said half of the Millionaire’s Tax filers in the final year of the Corzine administration were small business owners.

“Those people were employing people and putting them back to work,” he said. The top 1 percent of income taxpayers already pay 41 percent of the income tax.

“The gas tax, that’s not just on millionaires,” Christie said. “They’re coming after everything, don’t be fooled.”

He said it’s not that Democrats love taxes, “I think it’s because they can’t say no…You’re taught as a politician to say, yes…They hope by the time they send you the bill that you’ve forgotten. You just can’t do that anymore. No is a harder word to hear.”

Christie said, “If we don’t start saying no, folks like you are going to have to leave the state.” 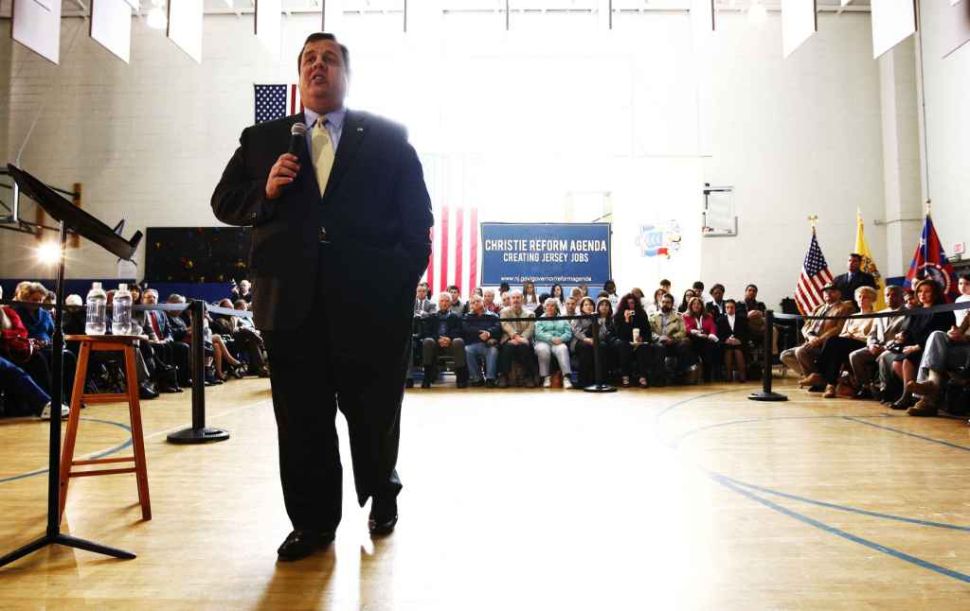