TRENTON – He’s a TV bigshot on the Real Housewives of New Jersey as he fills out a leading role with his wife, but North Jersey Supply Commissioner Albert Manzo’s toney Franklin Lakes address has him in trouble with the administration of Gov. Chris Christie.

Sources say Manzo said on television that he lives in Franklin Lakes in Bergen County, but his filled-out questionnaire submitted to the governor’s appointments office lists the Brownstone in Paterson, a Passaic County eating establishment he owns and runs – as his address. Manzo denies he did anything other than provide two addresses, in accordance with the wishes of the governor’s office.

A fed-up Christie said he has suspended Manzo and fellow Commissioner Michael Cricco without pay, and gave the commissioners until March 21 to resign. Cricco allegedly attended commission meetings while receiving a paycheck from the Schools Development Authority. The governor said if the resignations are not provided by March 21, each commissioner is directed to appear before David A. Cohen, Director of the Governor’s Office of Employee Relations, to be advised of the charges.

In letters issued today, Governor Christie notified Manzo and Cricco that he would immediately commence removal proceedings for cause. “In addition, the Governor… took the necessary steps to suspend the two commissioners without pay pending the resolution of the removal proceedings. Today’s action follows on the heels of Governor Christie’s demand for increased transparency and disclosure outlined in letters sent on February 25 from Chief Counsel Jeff Chiesa to the NJDWSC commissioners and executive director.”

“Mr. Restaino refuses to work with the administration in any way and he does so with impunity because this legislature refuses to give veto power over minutes,” said the governor, who said he is seeking precisely that power to oversee Restaino’s and other authorities and commissions.

“Executive Director Restaino continues to block us,” Christie added. “He is thumbing his nose at the taxpayers and ratepayers of the state.”

For his part, Manzo strenuously resisted the story that he doesn’t live at the Brownstone and said the governor is mistaken to target him as a perpetrator of fraud.

“I intend to go there (before Cohen) a week from Thursday to argue that I have the right to maintain a dual residency,” the commissioner told PolitickerNJ.com.

Following a second governor’s office letter asking him to clarify his address, he got a call last Thursday telling him he has to resign by 4:30 p.m., but,  “I have no intentions of resigning, I have done nothing that could even be considered inappropriate during my time as commissioner,” Manzo told PolitickerNJ.com as the governor took aim at him in a press conference. “My term expires in May of this year. I am not sure what all the drama is about.

“I’m a little confused by what the governor is doing,” added Manzo. “I’m a Republican commissioner. I don’t have issues with the governor.  …I have considered the Brownstone my residence. I have an official apartment there. I have stayed there. I am a Passaic County kid at heart. I have never voted or registered to vote in Bergen County. Am I the only guy who has a residence in Franklin Lakes and lives in Paterson? Maybe.”

The residency issue upticked the governor’s office’s interest in the commission, which Christie focused on following his take-down of all but one member of the Passaic Valley Sewerage Commission (PVSC) earlier this year.

One commission led him to the other, sources said, and led to Manzo, whom State Sen. John Girgenti (D-35) of Hawthorne backed as a Passaic County resident of the commission. Manzo’s gorgeous Italianate dining hall serves as the setting for Girgenti’s annual beefsteak dinner fundraisers.

“My voting record will show that I have maintained the Brownstone apartment as my residence for many years – my wife and I lived there when we first married (26 years ago) – maintaining that aparment was done many years prior (to his being appointed a commissioner by Gov. Jon Corzine).

“I make $7,000 a year in that job and all of my salary is donated – and I didn’t want this out there – to an interest-bearing pension account to the Wounded Warriors project,” Manzo added. “I’m not doing this for the money. I have no family working there.”

Grumbling Democratic Party sources said Christie’s targeting of Manzo has everything to do with weakening Democrat Girgenti in an election year.

“They sent us a questionnaire,” Orechio said, referring to the governor’s office. “They wanted to know if we have family members as employees, how many, etc. That was all there was to it.”

Asked if he was confident the operation met ethical standards and didn’t warrant firings, Orechio said, “Absolutely. They can’t compare us with Passaic Valley Sewerage Commission. They were all vulnerable, that’s why they quit.”

“We don’t get a penny from the state,” said Orechio. “We are paid by the towns, and they’re happy with our price and our service. Someone had a bill requesting that the governor have veto authority over our minutes, and it went nowhere.”

That was state Sen. Kevin O’Toole (R-Cedar Grove), who last year submitted a bill that would require independent authorities to keep minutes of every meeting and submit those minutes to the governor for approval, which Christie today wants enacted by the legislature.

Christie said his administration would forward “comprehensive legislation” within 10 days for the Legislature’s consideration to grant veto authority over multi-jurisdictional entities where it does not currently exist.

“For too long, the unelected, political appointees of these patronage mills have run roughshod over the taxpayers, ratepayers and tollpayers of New Jersey with little or no accountability for their actions, or oversight of their operations that collectively amount to billions of dollars of public funds,” saidf the governor. “Early on in my Administration, I made it clear that the status quo at these entities was unacceptable and that the swamp must and would be drained.

“Following through on that promise to the people of New Jersey, I have exercised veto authority 20 times in an aggressive and unprecedented manner to rein in the waste, mismanagement and abuse taking place at the state’s so-called ‘independent’ authorities, boards and commissions. But we can and must go further, and the granting of additional veto authority is a necessary step to strengthen my Administration’s ability to enforce accountability. It’s past time for the entire Legislature to get on board with the bipartisan effort to bring fiscal responsibility, good governance and oversight by extending or expanding gubernatorial veto authority to these entities currently lacking it.”

When he was still a commissioner – and usually in the minority – Grubin drove up to the North Jersey District Supply Commission (NJWSC) in Wanaque and traveled along Orechio Way to get there.

“When you get there, you go into the Orechio building,” he said.

Grubin said he wanted to find out why the PVSC was paying an average hike of eight to nine percent per year to the supply company.

“I was appointed liaison to the   company, to look at the financials,” explained Grubin, whose commission owns 40% of the supply company to Newark’s 40% and area towns own the remaining 20% and pays the utility $12 million every year to maintain two reservoirs and a treatment plant.

After he got through security, Grubin found himself in a dining room with a lavish banquet spread and men in white gloves ready to serve.

“We’re paying for all this,” Grubin told commission reps. “How is it that you guys can pay for all this and raise our rates?”

When he showed up for the next meeting, “I had a paper bag,” he said.

Jettisoned by the PVSC after one four-year term, in his words because he was jeopardizing the operation, Grubin said the supply company is a patronage pit composed of no-show employees.

“You don’t need more than 90 people to run that operation,” he insisted on the same day word of the governor’s press conference came down.

Despite the governor’s repeated calls for veto authority, the Democratic legislature fails to act.

“The Legislature has a clear choice on this issue – stand up for the public who demand that public money be used in an appropriate, efficient and responsible manner or side with the political appointees and entrenched interests who abuse the public trust to enrich themselves and their cohorts,” Christie said. “Existing bills pending in the Legislature enjoy bipartisan sponsorship, and would no doubt be passed with overwhelming support. The time for the Legislature to act on behalf of the taxpaying, tollpaying and ratepaying public is now.”

Darryl Isherwood and Timothy J. Carroll contributed to this report 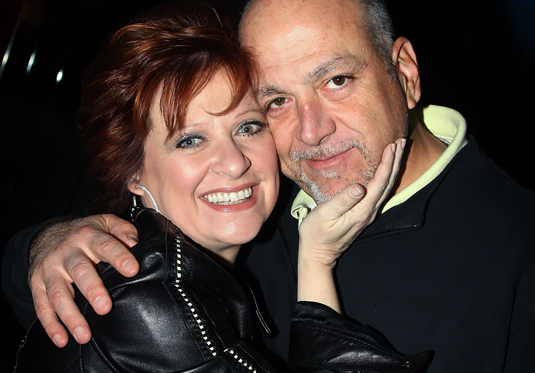