WOODBRIDGE – It didn’t take long for this town hall hovering at the edge of election time to turn full-blooded and publicly political.

“We can’t do these things with a Democratic legislature,” said Gov. Chris Christie, addressing his crowd. “Part of what i’m doing is not just because I can’t work with Democrats.”

It’s the agenda, he said.

Christie said he can’t pass – with the force and efficiency he wants – the Opportunity Scholarship Act, and a new schools funding formula, in addition to other reforms, if Democrats continue to control the legislature.

“You’re going to hear it (the millionaires’ tax proposal) from the Democrats,” he added. “Do you know that 50% of the filers of that tax during the Corzine years were small businesses?”

The pitch for full GOP control came a week after a Rutgers-Eagleton Poll showed New Jersey voters want the checks and balances of shared power, as the legislature and executive currently exists.

Christie today reiterated earlier remarks about how he likes Senate President Steve Sweeney and Speaker Sheila Oliver (“she’s a nice woman and she’s really competent”). But, “I hope that these differences are resolved in favor of my party when the entire legislature is up for re-election this year,” the GOP governor said. 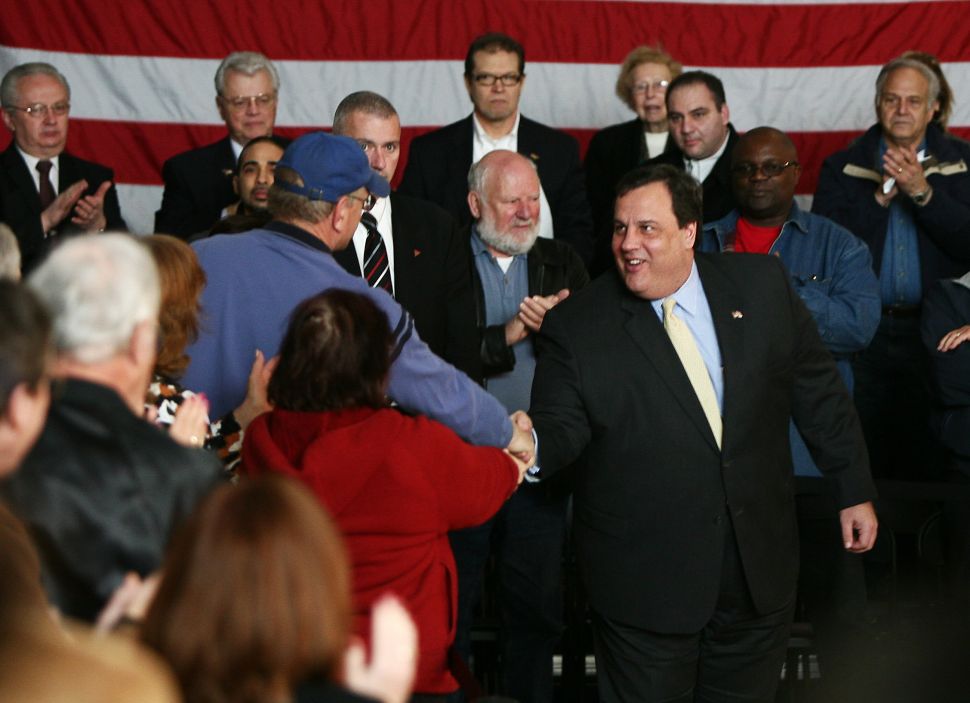