HOPATCONG – Some pundits have claimed that Gov. Chris Christie’s continued popularity will rest on his ability to keep the citizenry engaged in policy issues that have, in the past, been as interesting as a local planning board meeting.

So far, Christie has engaged his crowds through anecdotes and illustrations with a congenial yet stern manner. Everyone knows this, but it is still happening to new people every time he hits the road, such as the three church-going seniors in the back row at Wednesday’s town hall – standing for a view, laughing, clapping, nodding in agreement.

Public employees pay much less than everyone else for health care, Christie explains by way of his transition from a jacked-up federal payment as a U.S. Attorney to his pennies-on-the-dollar state plan that’s putting money back in his pocket – out of yours.

“Everybody pays the same – if they pay anything – they pay one-and-a-half percent of their salary.”

He wants the public employees to pitch in 30 percent of the premium: “I want to be fair, but I can’t be stupid.”

“The fight about health care reform is not about taking things away from people,” he said. It’s about providing more options and encouraging most cost-efficient choices, “but also they gotta pay.”

“I can’t stand by and watch New Jerseyans…who have been out of work for months or years and are losing their homes to foreclosure,” Christie said. “Nobody likes their property taxes,” but nobody wants to tap into the politically-dangerous pension and benefits, 70 percent of the state budget.

“It’s like Willy Sutton again, right?” Christie said. ” ‘Why you robbing the bank?’ ‘Because it’s where the money is.’ ”

As far as pensions go, he said, four things need to change: 1. Increase retirement age from 62 to 65; 2. Eliminate annual “cost of living adjustment” increases (COLAs); 3. Increase contributions across the board to the police and fire employees to 8.5 percent; and 4. Roll back a 9 percent pension benefit hike enacted in 2001.

He made these proposals, he said, “well before all this was going on around the country.”

“We made promises to people over and over that we can’t pay for,” he said. “Someone’s paying for it.”

Today, it’s the people of Hopatcong, who will save locally $3.6 million in the next decade, Christie said, if the Legislature would just do what he says.

“In a town like Hopatcong, that’s a lot of money.” It’s that simple. 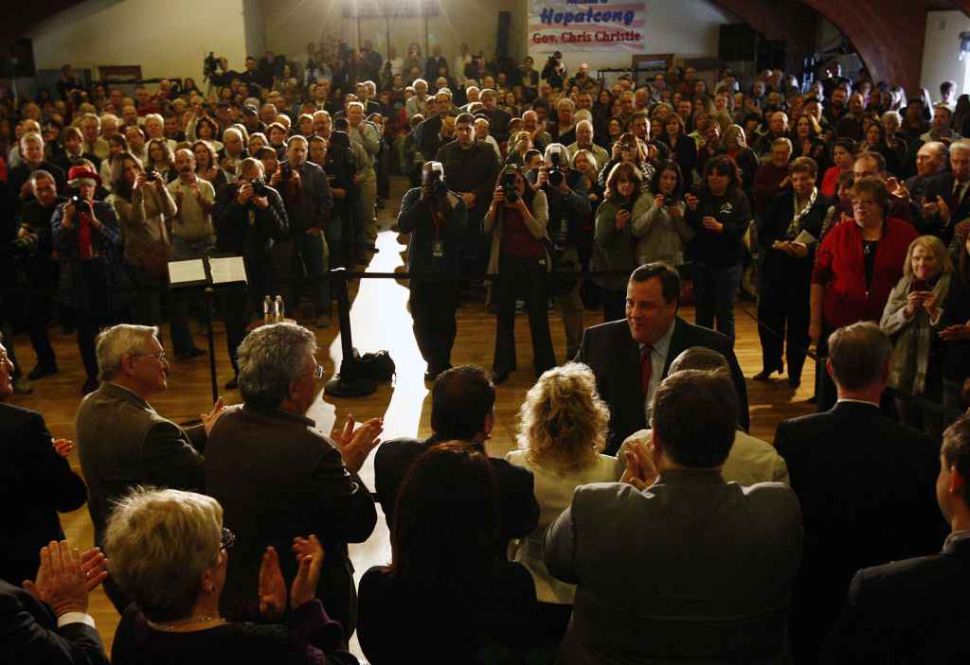