The Senate Economic Growth Committee meeting scheduled for 11 a.m. Thursday has been cancelled due to lack of a quorum.

Chairman state Sen. Ray Lesniak, (D-20), of Elizabeth, will be recovering from a double knee surgery that he’s undergoing today, and vice chair state Sen. Sandra Cunningham, (D-31), of Jersey City, said Wednesday night that the committee wasn’t going to have enough members present for votes, although she wouldn’t say who would be missing.

The Senate rules do not have any stipulation about the number of committee members needed for a meeting to occur.

Among the bills previously on the agenda:

S285, sponsored by state Sen. Brain Stack, (D-33), which prohibits sewerage authorities, utility authorities, and, in particular, the Passaic Valley Sewerage Commissioners from charging a municipality, board of education, or charter school board a connection or tapping fee for new connections to the sewerage system;

S2710, sponsored by state Sen. Shirley Turner, (D-15), which would eliminate the cable TV company tax (0.5 percent of gross revenue) from the state’s “Cable Television Act” of 1972, amended in 2006, because the $9 million tax fund – established to subsidize cable TV service for eligible senior citizens and disabled persons – have been used for general budgetary purposes rather than for the statutorily mandated purpose; and

S2702, sponsored by state Sen. Michael Doherty, (R-23), which would permit the sale of raw milk under a Department of Agriculture raw milk permit program, funded by the permit fee. 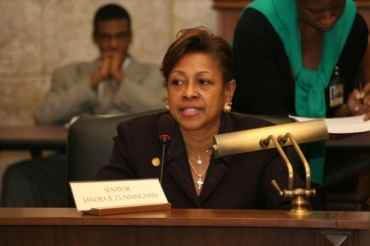