A former admirer of state Sen. Gerald Cardinale (R-39) of Demarest is running against the veteran GOP incumbent in a Republican Primary, and there’s history here between the two men that fast appears to be turning more bitter by the hour.

The president of Cino Oil Company, Michael J. Cino, 47, from Cardinale’s hometown of Demarest, cited a “stunning vote of no confidence” by the Republican County Committee for one of Cardinale’s freeholder picks last week as the latest evidence of the senator’s slipping hand-hold on power.

“It is with a heavy heart that I am declaring to run for the New Jersey State Senate against Gerry Cardinale,” said Cino, a former challenger to U.S. Rep. Scott Garrett (R-Wantage). “I have known Senator Cardinale since I was young growing up in Demarest.

“When he was Mayor, Gerry spoke at my Eagle Scout ceremony. Unfortunately, in my adult life I have been unable to build a working relationship with Gerry. This has not been for lack of attempts on my part to actively support him and work with him.”

Cino denounced Cardinale for, in his words, failing to put together the coalitions to actually cut budgets and cut taxes.

“He’s a young kid who I’ve known for years,” said the senator. “He’s an angry young man. He portrays himself as a conservative but all he does is run against conservatives. Certainly, in our country we have a system that allows people to run, and I celebrate that.

“My question to him is this: how many candidates that he supported have been appointed to anything? Did he support Gov. Christie? I supported Gov. Christie against a candidate from Bergen County (former Bogota Mayor Steve Lonegan). This is a young man who ran against Scott Garrett, who was a Democrat.” 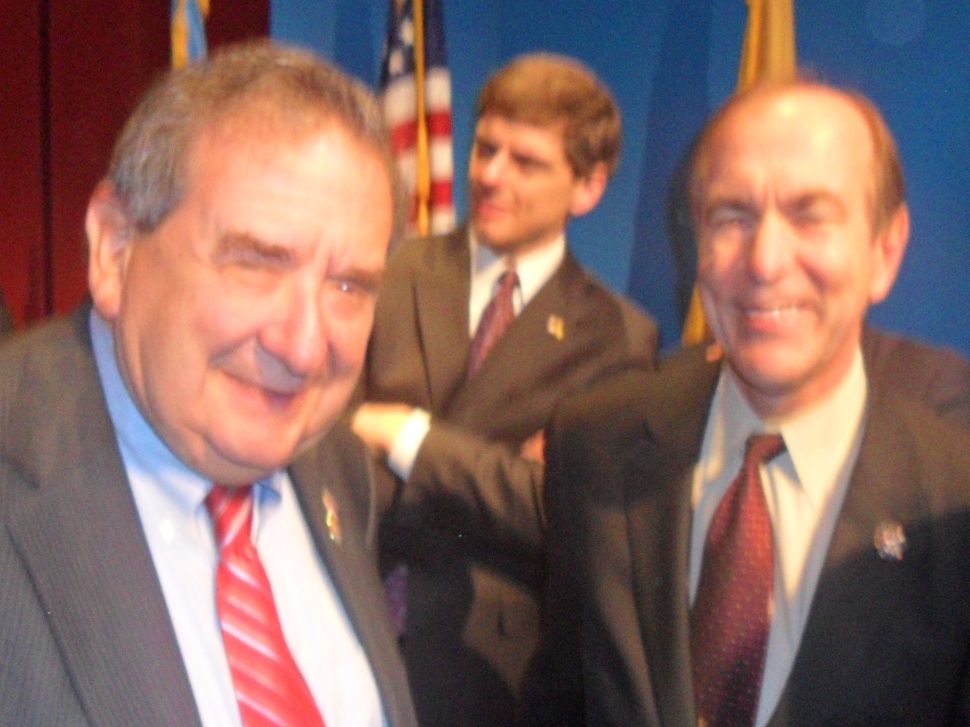