NORTH BERGEN – Mayor Nick Sacco fielded the question from across the commission chamber at Town Hall as he posed with 35 boxes of petitions, a record-setting 53,645 sigs, by the reckoning of Hudson County Democratic Organization (HCDO) handler Paul Swibinski.

“I’m not even sure,” Sacco said. “We began in 1985. This will be the seventh full term I’m running for, but it’s technically the eighth term, if you consider that 1985 was a recall election.”

What issues will you be running on, mayor? a television reporter asked Sacco.

“Issues? That’s something that the opposition is going to have to make up,” he said.

What that means is there won’t be any issues in this contest, at least not delivered with any concussive force between two energized sides.

That’s because there is no opposition. No real opposition, anyway to this entrenched incumbent, who is committed to running for his 32nd District state Senate seat in June after what appears will be his certain victory in the May nonpartisan municipal race.

“We’re aware that they’re out there gathering petitions,” said Sacco.

But no opponent has filed yet, and the deadline is at 4 p.m.

“Whether I’m opposed or unopposed, we’ll have a walking schedule, and we will campaign,” said Sacco.

The veteran North Hudson County Democrat gave no indication that the end of his career is near.

“As long as I feel I have ideas to help make North Bergen a better place, I will continue running,” he said. “When I am satisfied, I will no longer run. I strongly believe the dual office holding issue is overblown. There’s no doubt in my mind that being the senator from this district has helped me serve the constituents as their mayor.”

Dems speculate that Union City may pick up more of Jersey City and West New York will be annexed to Sacco’s District.

“I’m not in the loop on that,” said Sacco. “I will tell you that the Republican map that I’ve heard about, which would put North Bergen in a district with Passaic, just seems far-fetched.” 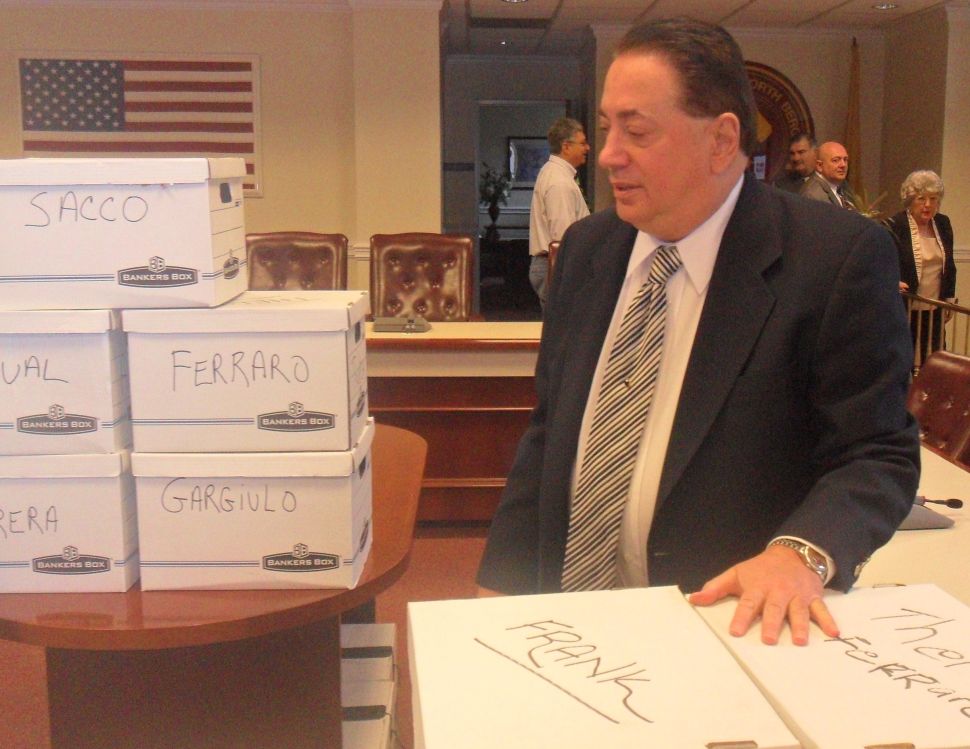