NEW BRUNSWICK – He stood there staring out the window at the ironworkers on the sides of buildings and said he thought to himself, “It would be better to be out there than in here.”

Senate President Steve Sweeney (D-3) of West Deptford used to do that for a living. Iron worker. Philly. Connecticut. All over the state. He would connect the steel together that connects the floors. Thirty, forty, fifty stories up.

“Two feet on either side,” he said. “Nowadays they have cables holding you up, back then they didn’t have that stuff.

“That used to be me,” he said. “I was looking at the flags blow and thinking ‘it would be easier to be out there than here.'”

That work was tough, he said, but not tougher than constructing a map.

“What’s the likelihood of them coming to an agreement on a map,” NJN vet Michael Aron asked Sweeney.

“What is the likelihood of me growing hair again, Michael,” Sweeney said. “You can’t grow hair on a rock. Maybe a Chia Pet.”

You don’t mind that being on the record, a reporter asked.

“Not at all,” Sweeney said.

Suited and muted figures in these halls continued to talk about the possibility that the final map – to be voted on this coming Sunday – would chop former Senate President Richard Codey (D-27) of Roseland into a Republican-dominant Morris County.

Sweeney said whatever happens he expects his intra-party nemesis to run.

But if he is relocated to Morris and he doesn’t move? 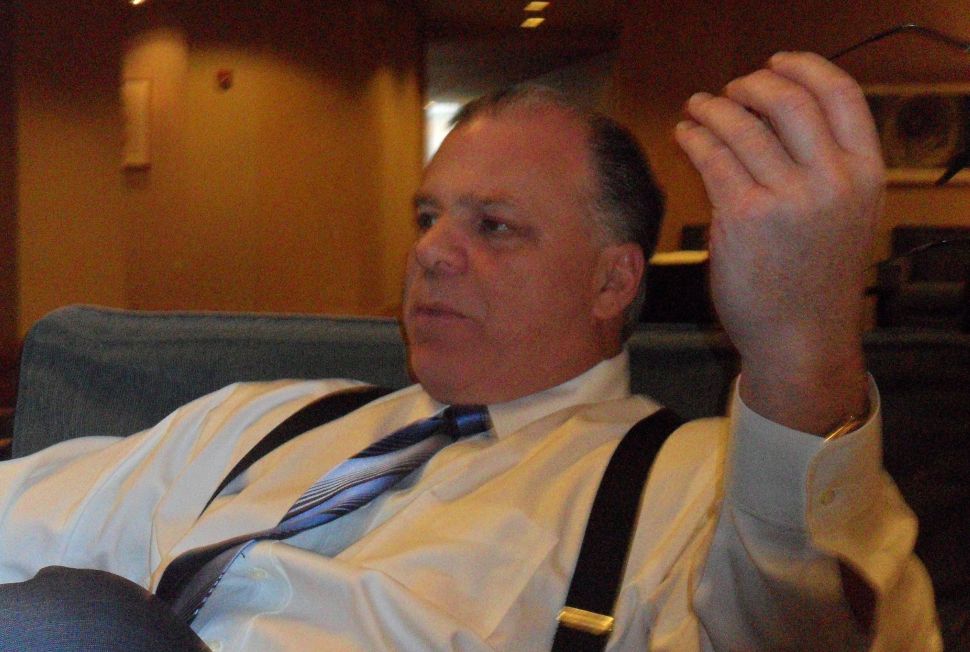