The Senate Judiciary Committee approved the nomination of former Congressman Michael Ferguson, of New Providence, to the New Jersey Sports and Exposition Authority.

“We’re very lucky to have him,” he said. “He will lead a significant authority during an important time of transition.”

Sen. Loretta Weinberg, (D-37), of Teaneck, said she is very concerned about the future of the IZOD Center and the “multicolored” building “kindly known as Xanadu.” She wanted to know what Ferguson’s thoughts were on the impact of those facilities on Bergen County. Xanadu is the unfinished multibillion-dollar shopping center.

Ferguson, who served in the 7th Congressional District from 2001-2009, said he would request to be “briefed of all the operations and how they impact the local communities,” including Bergen County.

“I’ll continue to have conversations and seek your advice,” he said.

Sen. Jennifer Beck, (R-12), of Red Bank, asked what he believed is the future of the horseracing industry. She said many of the horses that participate in Meadowlands races were raised in her district.

“I will look forward to learning more about that,” he said.

*Philip Mizzone Jr., of Woodland Park, and Edward Neafsey, of Avon by the Sea, were reappointed as Superior Court judges. 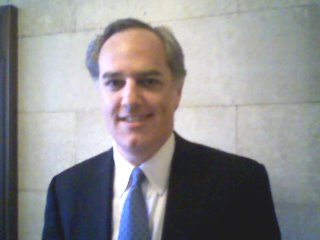