NEWARK – Acting Education Commissioner Chris Cerf received an early earful of jeers this morning at Louise Spencer Elementary School when he attempted a mea culpa over the leak of but didn’t publicly address the fact that a company that hatched ideas for Newark schools reform formerly belonged to him.

“I want to apologize to the community, it should never have happened that way,” the former New York schools chancellor told a skeptical crowd in the auditorium, blaming the press for incorrect reports.

“Tell it to your boss,” a voice groaned.

“We’re doing lots of things right – but we have to do better. We need to take a solemn oath based exclusively on what’s right for children.”

More skepticism ensued. What about Cerf’s former business partner, now the head of Global Education Adviors, that landed the contract here? Was that payday what’s right for the children?

“I am sick and tired of people going ‘we only have those kids for six hours a day’ and the problem is too much TV,” added the acting education commissioner and prompted some hand claps of support, then asked rhetorically who was to blame.

“I don’t believe charter schools are the solution,” Cerf said. “The solution is an array of great choices for kids.”

To be fair, it wasn’t all negative. When the commissioner acknowledged that maybe some schools would have to close, someone cried, “Close all of them!” triggering some hand claps.

Attempting to head off the coming Q and A criticism, “The report was misreported in the press,” said Cerf, before introducing the acting superintendent to explain. 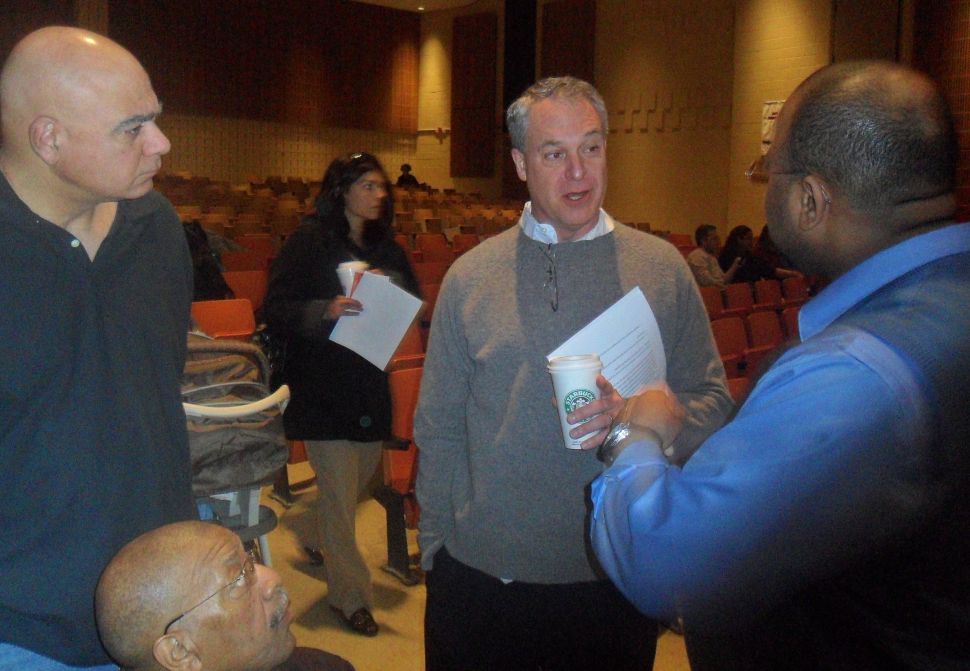