But the request has to come from Gov. Chris Christie, who has his own press conference 15 minutes from here at 1 p.m.

Work release prisoners were filling sandbags, Passaic County Sheriff Richard Berdnik said, as local Wayne residents rode around on small boats behind him. A baseball field was submerged in the background, the dugout completely underwater.

“The people in these communities are tired of the scene behind us,” Lautenberg said.

If the president declares an emergency in New Jersey, Lautenberg said the Federal Emergency Management Agency (FEMA) could be on the ground in a matter of days with mobile offices offering temporary housing, voluntary home buyouts, and long-term assistance.

The federal injection can also be used by the county – represented today by Freeholder Director Terry Duffy – or other counties effected by the flooding by providing funding for road, bridge, park, and school repairs.

Lautenberg, who lived in Wayne for a time, said, “When the flood waters rise, this community rises to the occasion.”

He said plans to bring levies to the area had not been finalized, but were still a possibility.

Last year, Lautenberg, who sits on the Congressional committee charged with apportioning FEMA relief funds and grants, was able to bring home $8.7 million for home elevation in the area.

Lautenberg also mentioned a 50-year increase in “foul weather” due to temperature change, and vowed to attack the problem from that end as well. 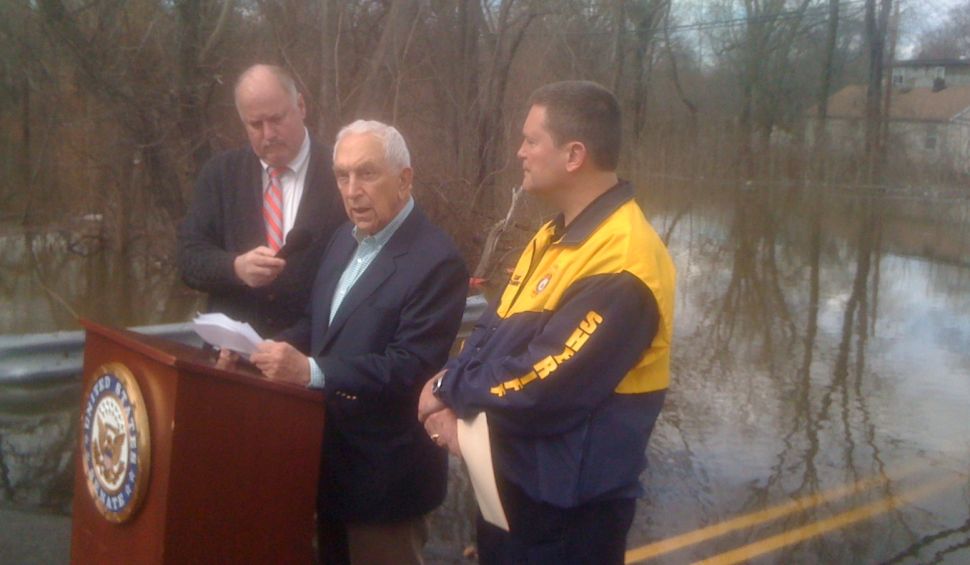