State Senator Raymond J. Lesniak, D-Union, said in a release Tuesday he will reinstate his lawsuit to overturn a ban on sports betting in November after voters have their say on a constitutional amendment to authorize sports betting in the state.

Regarding U.S. District Court Judge Garrett Brown’s decision to dismiss the lawsuit, Lesniak said: “This law essentially puts New Jersey and 45 other states at a competitive disadvantage, and allows only four states in the nation – Nevada, Oregon, Delaware and Montana – to have a monopoly on legal sports book in this country.”

But Lesniak pointed out that in the ruling, the judge left the door open for future efforts to overturn the ban. So, if voters in November approve a referendum to allow the state to establish sports betting operations at casinos and racetracks, then Lesniak believes the courts would have to rule in their favor.

“As such,” Lesniak said in a release, “I will be sponsoring enabling legislation, along with Senator Jeff Van Drew, to set up New Jersey’s sports wagering program as soon as the voters give their blessing.  The bill won’t go into effect until after the results of the November election are certified, but by enacting this bill now, we will make sure that we do not miss a beat in our efforts to legalize this form of gambling and give standing to the lawsuit to overturn the unfair federal ban.” 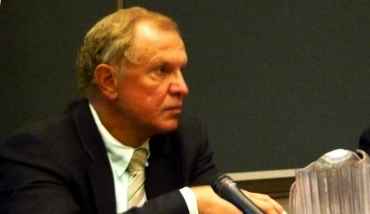