Both told the committee that municipal and educational aid cuts are making the job of being a mayor nearly impossible.

Yes, Jones said, and many of the increased governmental costs are out of his control, like health care and pensions.

Greenwald responded, “We must do consolidation and shared services, we must change the pension benefits, and we in New Jersey are probably over-insured.”

He told Jones, who spent extensive time answering questions before the board, to take his time: “You’re speaking for 560-some mayors.”

Assemblyman Jay Webber, (R-26), Passaic, was sympathetic to the challenges of local government, but asked that the end-times rhetoric be softened.

“We’ve heard terms like ‘slash and burn’ and ‘apocalypse’ today,” Webber said. “If imposing some fiscal discipline (would lead to an apocalypse), we are not using our imaginations enough.”

He said those health care and pension problems could be addressed though existing legislation, and if it’s not: “Then we’re not doing our jobs.”

“The end days are not near,” he said. “Trenton is paying for the sins of the past (but) we’re on the right track.”

As Jones was speaking to the panel a large light fixture shifted with a loud clank, but Webber played it off.

“Contrary to the light fixtures in this room, the sky is not falling,” he said.

Although local officials may feel vilified by the state right now, Bowser reminded the committee: “Local government is not the enemy.”

Putting the locals in a position that forces a tax hike doesn’t accomplish anything toward getting taxes down for residents, even if the state is reducing spending. 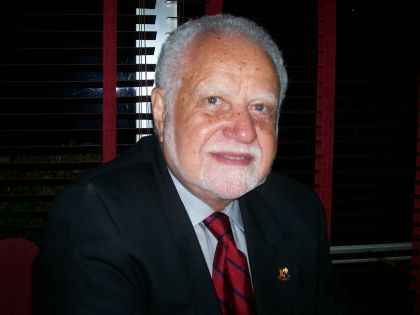