The man who introduced Christie was the same Woodbridge Mayor John McCormac who served on Christie’s transition team, and the same Democrat who must run for re-election this year but probably without having to heavy lift a Democratic Primary.

The mayor’s allies aren’t worried, but the man who wants to make McCormac fight for it is fifth ward Councilman Bob Luban, who is expected to formally announce his intentions to challenge McCormac in the general as a Republican.

Progressives want to graft McCormac to Christie. He helped author Christie’s transition report, and cut the number of police officers as a result of Christie’s state-aid cut last year – a move McCormac said forced him to reduce cops, yes, but through attrition – but so far the only ticket that has cohered against him belongs to the GOP.

Given Christie’s closeness to McMcormac, Republicans are alert to the challenge of running against the mayor.

“Chris Christie can help us if he wants or stay out of it if he wants but I will tell you this, Chris Christie became governor because he fought corruption, and that subject didn’t come up today,” said Peter Kothari, who plans to run on the Luban ticket.

Today, in this proud community center that bears the name of former Gov. (and Woodbridge Mayor) Jim McvGreevey, the governor grabbed applause when he told the crowd of 450 people that Woodbridge would receive a 10 percent increase in state aid in his budget – to hopefully offset last year’s short falls.

“He’s continued to be an advisor to me,” the governor said this morning, after he received the microphone from the mayor. “He has served the state extremly well, and I thank the mayor for being here.”

Luban has a history of changing parties: Republican pre-McGreevey, then Democrat, and Republican again since last year, so it’s going to be tough for the GOP to attack McCormac’s shape shifting relationship with Christie.

The governor’s just-short-of-an-endorsement remark from Christie landed not only as McCormac readies for re-election – but as the mayor stands as the most muscled member of his party to steer the future after Spicuzzo.

Sources say McCormac supports Kevin McCabe for the job, whose inevitable branding as a “McGreevey guy,” based on his record as a Woodbridge-based operative for the former mayor/governor is offset by his cred as a construction executive for the state carpenters union.

In an attempt to wrest power away from McCormac countywide on a public line about his coziness with Christie, the allies of state Sen. Bob Smith of Piscataway are preparing to unveil a revamped version of former Assemblyman Peter Barnes (whose son now serves in the legislature): diehard Democrat and former FBI man. 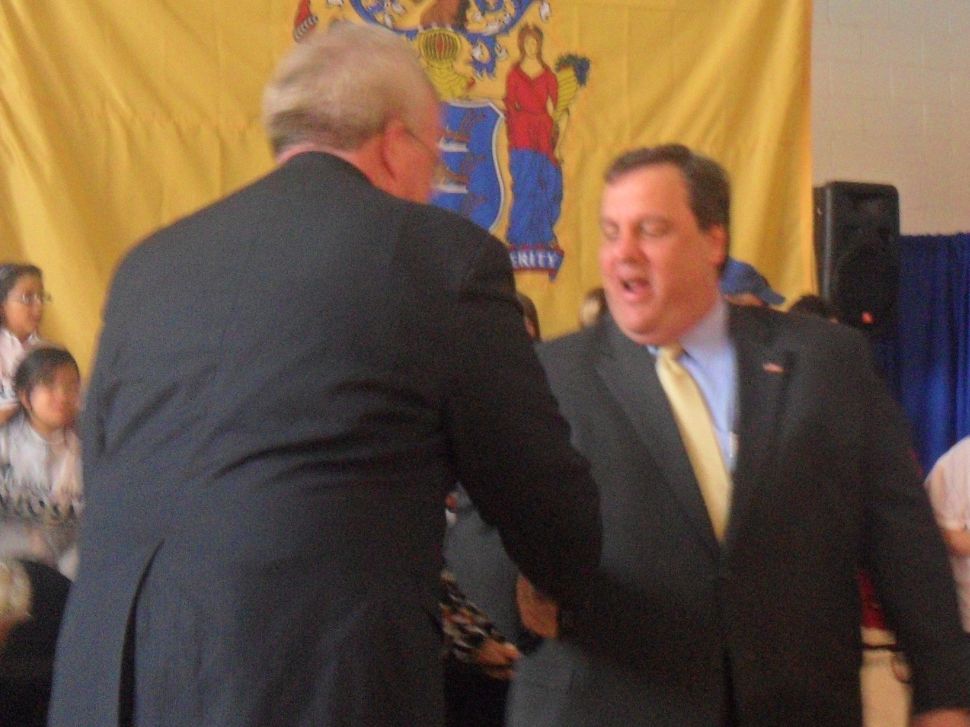