A coalition of minority groups is set to issue its vision of the state’s legislative map, in hopes that it could sway the state’s redistricting commission to provide more opportunities for minority representation.

“Our goal is to make certain that we in the short term and over the period of the 10 year existence of the map maximize the opportunities to diversify the composition of the legislature so it’s more in line with what the state looks like (demographically),” Harris said.

Harris would not comment on specifics in the map but said the goal is to try to influence the debate taking place among the 11 redistricting commission members, most importantly Alan Rosenthal, who was appointed by Supreme Court Chief Justice Stuart Rabner earlier this month.

Harris said the coalition rejects the notion that Republicans have put forward that the map should be based on turnout and vote totals from recent elections – which favor Republicans – and instead adopts a “one man one vote” philosophy.

A source familiar with the map said it will contain some surprises for both parties, including the creation of so-called majority minority districts and minority opportunity districts in Atlantic City, Monmouth County, Middlesex County and Morris County.  In some cases the map would pit sitting legislators against each other, such as in Middlesex County, where state Sen. Barbara Buono and Sen. Joe Vitale would square off in a primary.

In Morris County, the source said the map would combine a group of townships that includes Dover and Morristown.

Another potential change from the current map, sources say, would be to move Hawthorne out of the 35th District to potentially open a senate seat for Hispanic Assemblywoman Nellie Pou.  Currently Sen. M. Teresa Ruiz of Newark is the only Hispanic representative in the senate.

It’s unclear how much credence Rosenthal will give the map and in an email the Rutgers professor declined to comment on the coalition map.

But Harris said the group is willing to take its chances.

“Our goal would be to submit for the record a complete map that we think would meet constitutional muster,” he said.  “We think that by submitting while the clock is still ticking, he will take it into account, but we’ve received no assurances.”

How the state’s changing demographics will be represented on the map has been the subject of fierce debate throughout the reapportionment process.  Both Republicans and Democrats agree that more needs to be done to encourage minority representation in the state particularly among Latinos, who are the state’s largest minority group and make up more than 17% of the population.

But just how minorities will be apportioned on the map is where the two sides diverge.

Democrats have argued for so-called “unpacked districts” that spread minority voters among several districts, which they say will increase the opportunities for minority representation.

Republicans argue that unpacked districts may increase the odds of Democratic representation but do not serve to help minorities.  The GOP has argued for more majority minority district, which they say will up the number of minorities currently in the legislature.

Democrats counter that the Republican argument is nothing more than a smoke screen to “pack” minorities into as few districts as possible, while opening up outlying districts for Republican leaning white voters.

At least one minority group has sided with the Republicans on the issue of majority minority districts.  The Latino Leadership Alliance, fronted by Martin Perez, has pushed for more districts where minority groups make up the majority of voters.  In January, that group developed a series of maps that created at least three such district in Essex, Union and Hudson counties.

The New Jersey Legislative Redistricting Coalition is made up of the Latino Action Network, New Jersey Black Issues Convention, The Association of Black Women Lawyers, several branches of the NAACP and other minority groups. 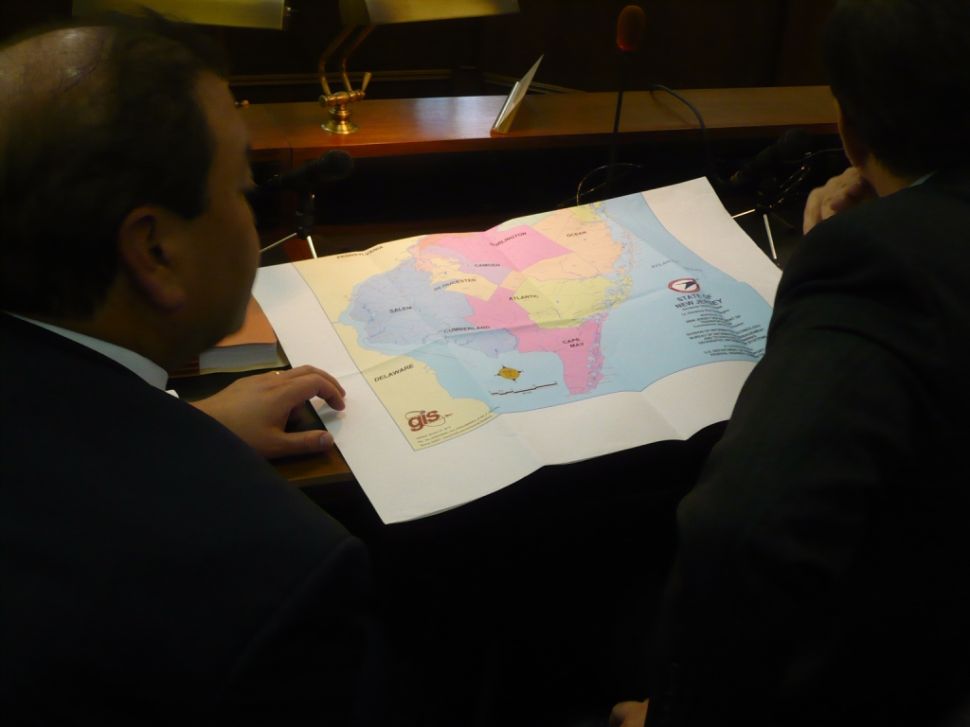