A prominent academic who was mentioned on some lists as a potential 11th member of the redistricting commission says a minority coalition map released Wednesday would be unconstitutional if it was adopted.

According to Monmouth University Polling Institute Director Patrick Murray the map fails the federal population test in 11 of the 40 districts defined.  The districts range in population size from 198,000 to 243,000, Murray says, well above the accepted deviation off the ideal size of about 220,000.

“The commission couldn’t entertain it even if it wanted,” Murray said.

The map was submitted by the New Jersey Legislative Redistricting Coalition, which includes several black and Latino interest groups including the NAACP and the Latino Action Network.  Coalition member and spokesman Jerry Harris said he hopes the submission of the map will help push the commission to draw more districts where minority representation is possible.

The coalition outlined all 40 legislative districts and made some significant changes to the current map, including pitting several sitting senators against each other and removing one longtime senator, Democrat John Girgenti, from the 35th District to make room for Hispanic Assemblywoman Nelli Pou to make a run.

Harris said Thursday that members understand that portions of the map are flawed and they are attempting to make tweaks where appropriate.  But, Harris said, the point of issuing it was to make their voices heard by the commission.

“The map is a work in progress and given the few days that are remaining in the process the coalition wanted to get some of the ideas and concepts into the discussion by the commission members and the 11th member while continuing to work to refine aspects of the map that are challenges based on constitutionality,” he said.

But Murray also takes issue with the premise that the coalition’s map creates more opportunities for minorities than the existing map.

On Wednesday, Harris said the coalition map created two “majority minority” districts, where one minority group makes up a majority of residents and 14 coalition districts where several minority groups put together equal a majority.

According to Murray, however, using recent census numbers the current map would yield 15 districts where minorities made up a majority of residents, not 9 as the coalition suggests.

“As such it’s pretty difficult to see what they hoped to accomplish with the map since it looks an awful lot like the current one in terms of minority opportunity districts,” Murray said.

Harris defended the map, saying that the comparison is to the map created in 2001 during the last round of legislative redistricting. When compared to that map, the number of opportunities for minorities is markedly higher.

When asked about Murray’s critique of the map, Harris was diplomatic, saying the goal was to give the commission some ideas.

“He’s not our audience,” Harris said of Murray.

Democratic Commission Chairman Assemblyman John Wisniewski defended the submission of the map and said the coalition’s efforts should be commended, not criticized.

“I’m not going to comment about the substance of the Coalition’s map, but I will say this:  I’m glad we’ve had more public input this year than ever before,” Wisniewski said in an email.  “Putting together a statewide map is by no means an easy task, so the Coalition’s efforts here should be commended.  The issue of how our map should address the growth in New Jersey’s minority communities is important, and to hear different ideas from credible groups on how to accomplish that is what this process is all about.” 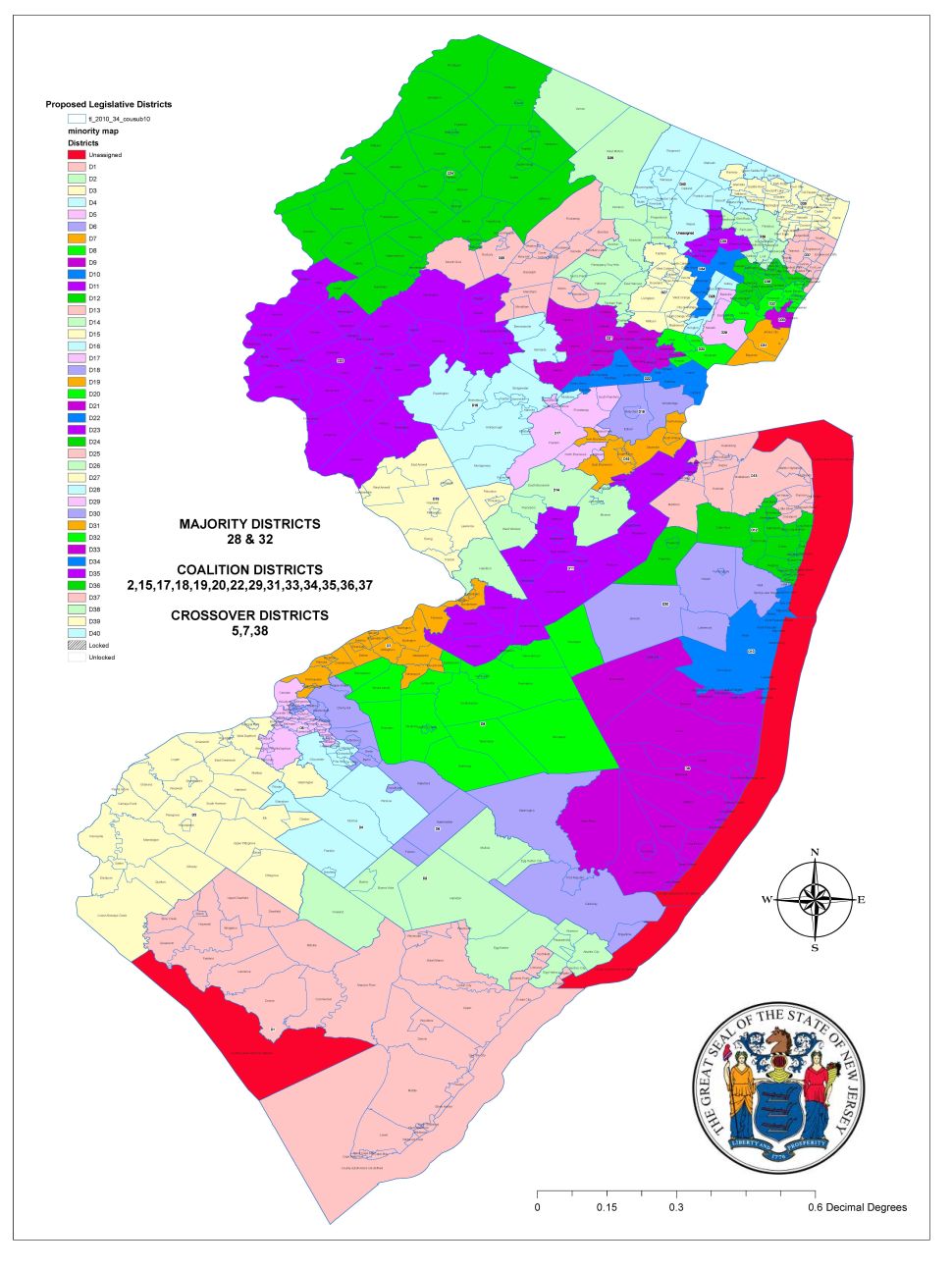