TRENTON – New state Labor Department statistics show that New Jersey lost some 13,000 jobs in January, despite making some headway in the private sector throughout 2010.

Reflecting the influence of the Christie administration’s determination to cut the size of state government and the effect of cutbacks at the local level where layoffs have taken a toll in the ranks of police, fire and other municipal workers, the state continued to see significant cuts in its public sector work force throughout last year and last January.

The New Jersey Department of Labor and Workforce Development statistics released on Thursday show that in January, the state saw 7,100 private-sector jobs cut and 5,900 public-sector jobs eliminated, for a total of 13,000 job cuts.

Labor Department officials said that while the January numbers are self explanatory, the overall trend based on the 2010 job stats shows the economy is moving in a positive direction, especially when compared to the dismal numbers of 2009.

The industries that saw the largest number of losses were the professional and business services industry, which had 4,000 jobs cut, the administrative support/waste management component (5,300 job cuts),  manufacturing (1,800), education and health services (1,400), leisure and hospitality (1,300), and construction (1,100).

The industries that saw some gains last month were transportation, which added 4,400 jobs, 6,700 new positions in retail, and the scientific and technical industry, where 1,900 jobs were added.

The public sector continued to struggle, as the state saw 3,800 state jobs and 2,600 local government jobs sliced. However, 500 federal jobs were added in the state, according to the department.

Despite the slight uptick in the private-sector numbers, the public work force, which includes employees at schools and various levels of government, continued to see job losses  stemming from budget cuts. 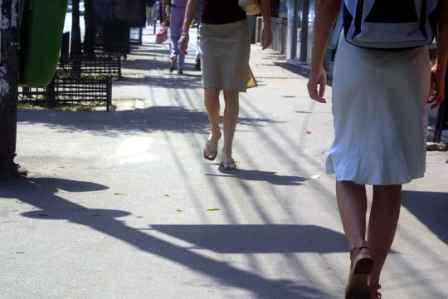