He just got the job, but don’t figure on calling Lou Stellato chairman of the Bergen County Democratic Organization.

That’s because Stellato, unanimously backed tonight to lead the party in the state’s biggest county, wants to change the name of the once vaunted BCDO.

“I want to change the name to the Bergen County Democratic Committee, because that’s what we are, we’re a committee and I’m just the chairman of a committee,” said the former mayor of Lyndhurst and longtime party member. “It’s not an organization. It’s simply a committee.”

Don’t look for his office in the longtime Hackensack HQ, either, the new chair said. He wants to relocate.

A reeling party ever since former BCDO Chairman Joe Ferriero found himself in the headlights of a federal investigation and charges he eventually beat but not after getting badly bruised in the process, Bergen Democrats tonight turned out a majority for Stellato.

“It’s a new time and a new day and simply by the numbers of county committee who came out today, it proves they’re ready for a change,” Stellato said. “All of the legislative people are on the same page with me. I have some very good people who will speak about ethics to my county committee. It is imperative that we take the ethical high road in our actions.

“I see this as a great opportunity to bring 70 towns together in a common goal to fulfill the moral obligation that government has,” he added. “I just can’t thank the county committee enough to come out – to see over 500 people on a Tuesday evening in March speaks volumes of the Democratic Party in Bergen.”

Owner of a well-known South Bergen funeral parlor, Stellato rose to prominence after his name was floated as a potential primary challenger to state Sen. Paul Sarlo (D-Wood-Ridge) in the lead up to this year’s election and the back to back election implosion of former Bergen County Democratic Committee Chairman Mike Kasparian – Ferriero’s replacement two years ago.

“I am totally thrilled with the efforts of our new chair,” said Sarlo, following tonight’s committee meeting at Hackensack High School. “He is committed to rebranding the party. Today is the beginning of the rebranding of the party. It’s a home run for my district.

First on Stelatto’s order of business is protecting two incumbent Democratic freeholders this year and the 2011 legislative races. As PolitickerNJ.com reported last week, in preparation for taking charge of the party, Stellato sat down with U.S. Sen. Bob Menendez (D-Hoboken), the next statewide party product to go before the voters – in 2012.

“We need to have a unified and well-oiled machine so the senator can see we mean business,” Stellato said. “He needs to see we’re ready to produce for Senator Menendez and Democrats.” 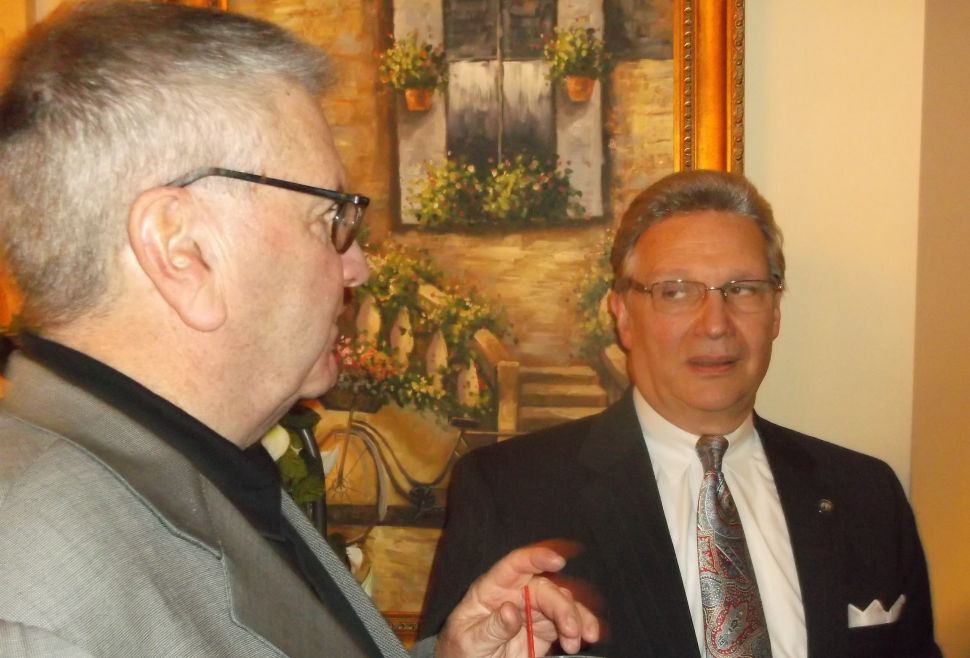