This bill, sponsored by state Sen. Steven Oroho, (R-24), of Franklin Twp., was spurred by legal representatives who claimed that case decisions currently given final judgment from commissions and departments aren’t as fair or just compared to the proposed amendment giving administrative law judges the last say.

Among several other changes, the bill would give the Office of Administrative Law judges (ALJs) final decision over cases from these departments.

Appeals courts were previously in charge of handling appeals from the various department decisions, and Josephson said these courts have, in his opinion, given deference to the department or commission decisions by upholding the vast majority of them.

Jeff Tittel, state executive director of the Sierra Club, opposed the bill and said the ALJs had no more expertise that would provide for a fairer trial than the commissions and departments that are currently making the calls.

He noted a couple of instances where ALJs were overruled by commissions, and said that appeals processes on an ALJ decision would result in the “executive branch suing (another) part of the executive branch in superior court.”

Josephson disagreed. “They are certainly qualified to handle these matters,” he said of the ALJs. “They are just as competent as our Superior Court judges.”

The bill passed, as did another Steven Oroho bill, S1783, which requires all state agency rules be published in NJ Register, and prohibits use of regulatory guidance documents except under certain circumstances.

Michael Egenton, senior V.P. of the N.J. Chamber of Commerce, said the chamber has been asking for this sort of regulation transparency for years.

The ambiguous past practices of using guidance documents at times, he said, led to lack of coordination between government and business, and inefficiencies. Businesses are looking for precision, clarity, and predictability in regulations, Egenton said; this achieves that aim. 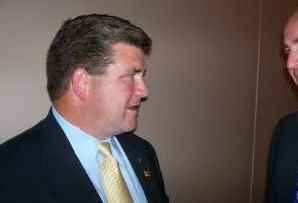