Janna Chernetz of the Tri-State Transportation Campaign said during an Assembly Budget Committee roundtable discussion that cutting those programs is akin to “cutting off your nose to spite your face.”

Among other things, the program creates housing and business around train stations, advocates argued.

Assemblyman Anthony Bucco, (R-26), of Boonton said he has seen Transit Village projects “stopped on their tracks” because of the economic slowdown, and developers believed they weren’t going to get a sufficient return on their investment.

In some cases, they had to scale back the scope of the project.

Transportation officials said the municipalities have to be more involved in implementing the vision, but added that taking away the program altogether would deprive the towns of a valuable tool.

“Are you suggesting we spend ourselves out of this crisis,” Bucco responded.

“Aren’t we bonding ourselves out of a crisis,” Assemblyman Gary Schaer, (D-36), Passaic chimed in. 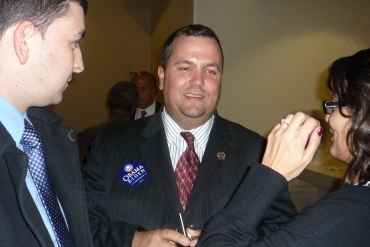