TRENTON – Fracking, or hydraulic fracturing of riverbeds – in this case the Delaware riverbed – was frowned upon by the Senate Energy and Environment Committee Thursday.

That is, the committee unanimously passed a resolution suggesting a ban on the questionable natural gas- and oil-seeking procedure, but one that has invigorated the Pennsylvania economy – and enraged the protection lobby.

The Delaware River Basin Commission is the authority empowered to make the decision on whether or not to allow fracking in the river, so the bill S2576, sponsored by state Sen. Robert Gordon, (D-38), of Fair Lawn, merely suggests a prohibition.

Some of the worries about the procedure include pollution of the with riverbed debris and fracking fluids, even, potentially, minor earthquakes.

After hearing extensive testimony by environmental proponents and energy-interest reps, the committee gave the suggestive ban a 5-0 approval.

Scott Ross with the N.J. Petroleum Council asked the committee to pass a moratorium rather than a ban, but it didn’t take, especially considering the non-binding nature of the bill.

Several other states are doing studies on the effects of fracking, like New York.

“Let them do their work and find out what the results are,” Ross said.

Gordon recommended the ban be put in place until a federal review of fracking is complete, rather than just taking the governor of Pennsylvania’s word for it.

State Sen. Jennifer Beck, (R-12), of Red Bank, agreed with Gordon that an EPA report would be a fair assessment to guide their decisions in New Jersey.

Jim Walsh, of Food and Watch, asked the committee to proceed with caution and raised the potential for a Deepwater Horizon coming to New Jersey. He said the same companies are playing the same games they were in the Gulf – claiming safeguards are sufficient and government need not worry or restrict their progress.

Tracy Carluccio, deputy director of the Delaware Riverkeeper, said the pollution in the river has been found in other states to release enough salt to make freshwater river become five times more salty than the ocean. A 20 mile stretch of creek in Pennsylvania “died” in months, she said – “anything with gills.”

The salt in that creek also corroded pipes, shutting down an industrial plant nearby.

Discussing the potential for shale extraction of natural gas, Beck asked experts for their opinion on whether the gas-holding rock exists in New Jersey, citing a DEP memo that said it does not.

“There is a small amount of Utica shale in northwest New Jersey,” Ross said, with Gordon adding that it stretches south to Mercer County, by some accounts.

But Ross, who represents the petroleum industry, said, “(O)ur companies have not shown any interest in drilling up there. There’s just not enough. It’s easier to do it in Pennsylvania right now.”

Waste from the fracking procedure is a problem found by the Pennsylvania  DEP,  with at least one instance where a company dumped waste for a year into a Delaware River tributary creek.

Ross said the is “expensive” to the businesses. “They want to recycle it and reuse it,” he said. 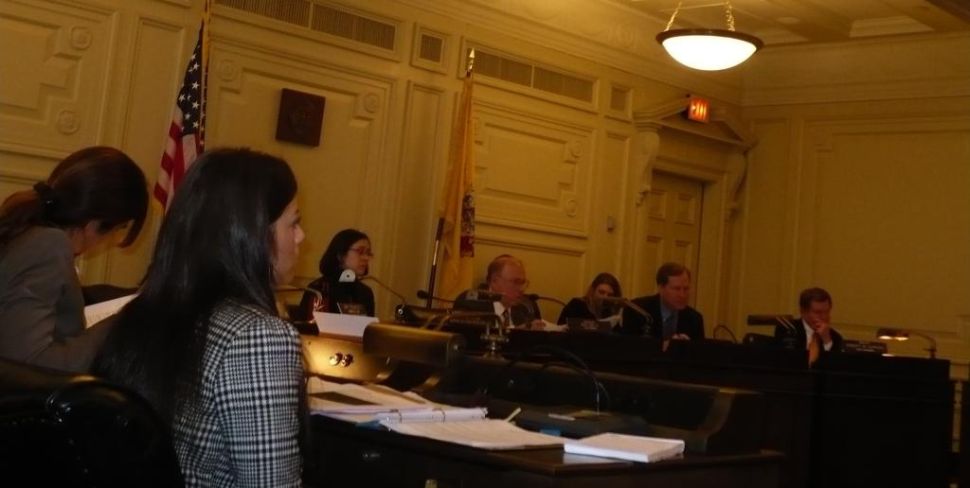