HOPATCONG – The church hall was packed over an hour before Gov. Chris Christie arrived to speak to his supporters in the mountain lakes of Sussex County Wednesday morning.  “I feel bad for those people outside,” Christie said.

He said state Sen. Steve Oroho, (R-24), of Franklin Twp., “had reminded me that I hadn’t been to Sussex County for (one of) my town halls.”

“So I said, OK I’m comin’,” Christie said. “I’m like a bad relative,” who always RSVPs when you don’t want him to and shows up early for the party.”

Of course, Christie was 20 minutes late, but the crowd quickly forgave him, as he came out with his quick ditty about how he learns so much about kitchens because he’s always swept through them when he arrives at appearances.

With the town halls, he said he’s trying to “avoid the isolation that comes with governors,” in a setting where people can “hear me directly.” 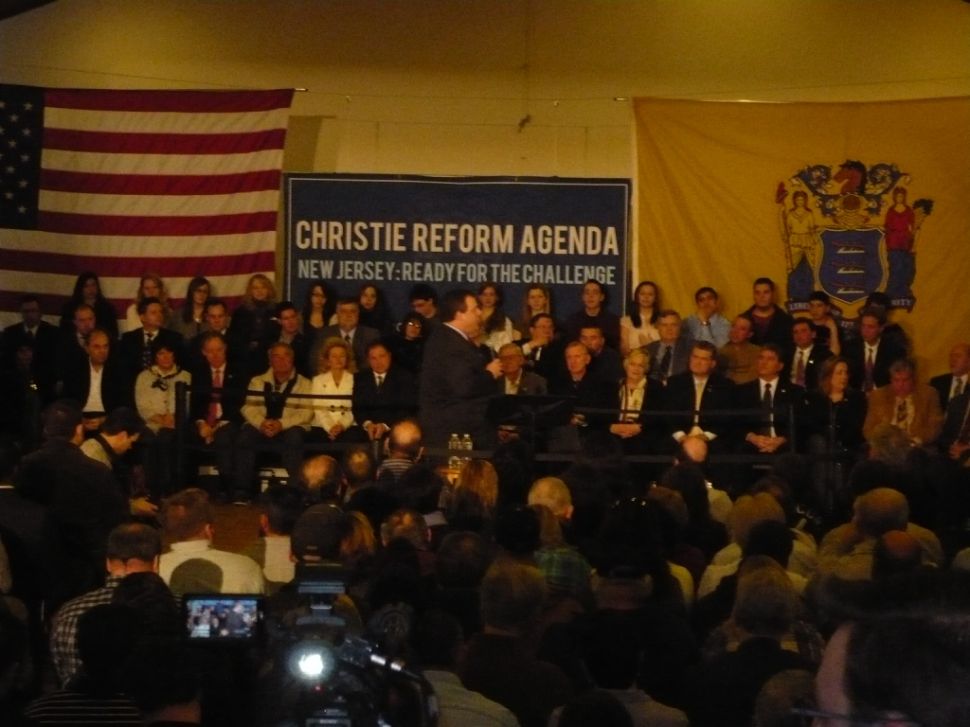