TRENTON – Schools Development Authority Chief Mark Larkins will give testimony today at a 1 p.m. hearing of the Joint Committee on the Public Schools at Trenton High School, 400 Chambers St.

Larkins has been under scrutiny by various legislators for not providing enough details on the criteria that was used to determine which schools were prioritized for construction.

The Christie Administration had whittled down the number of projects that would be subject to construction or major upgrades, from 52 schools planned in the Jon Corzine Administration to 10.

Some legislators questioned why certain schools were left off  the list, including Assemblywoman Bonnie Watson Coleman, (D-15), Ewing,  who believes Trenton Central should have been included on the list.

At an earlier Assembly committee hearing, she ordered Larkins to submit to them written explanations as to why each of the so-called top-10 projects made the final cut.

Another project that was left out was Phillipsburg. Christie had said the cost projections for that particular school were much more expensive than other districts. He added that the floor area ratio proposed for the school in that district was also much larger than in other districts.

Larkins has said there’s no specific timetable on when these projects will be completed, which is another factor that angered some of the Assembly members at the earlier hearing. 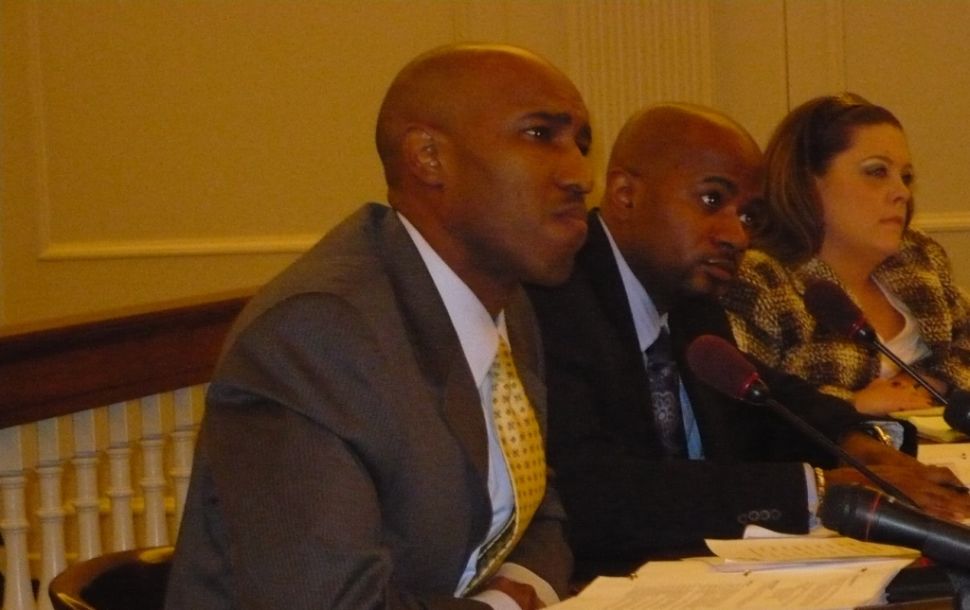