It comes as no surprise amid rumors for months in a volatile district where state Sen. John Girgenti (D-35) of Hawthorne is already trying to fend off labor lawyer Jeff Gardner in a Democratic Primary and where redistrcting has everyone on the outside of Paterson feeling squeezed.

Sources in the Silk City say the most likely candidate to replace Evans is Shavonda Sumter.

Sumter wields the dual power cred of having served as the campaign manager of Paterson Mayor Jeff Jones and being the goddaughter of Passaic County Democratic Chairman John Currie.

Evans replaced former Assemblyman Al Steele after the latter went down in a 2008 corruption bust.

“Assemblywoman Evans has been an outstanting servant to the people of Paterson,” said Currie. “I wish her well in her retirement.”

The chairman wouldn’t issue an endorsement regarding Evans’s successor.

“There will be a process,” he said. 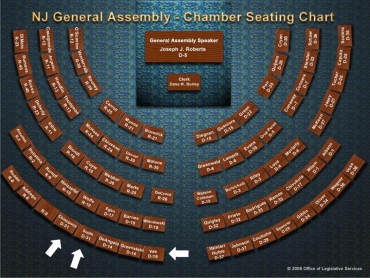