NEW BRUNSWICK – Sources say the redistricting commission could vote as early as Friday on a legislative map but there is still little agreement between Republicans and Democrats in some key districts as the GOP attempts to wrest a majority away from the D’s and the Democrats try to hold onto power.

After reaching an impasse early this week, and up against a Sunday deadline to fashion a map for the next ten years, tiebreaking member Prof. Alan Rosenthal today is reportedly set to examine new maps submitted by both the Democrats and Republicans, although there are questions about how far the new submissions diverge from those pictured above.

Two maps have hung on the wall in Rosenthal’s room, which is situated down the hall from the two parties’ temporary headquarters here at the Heldrich Hotel.

According to Political Scientist Patrick Murray of Monmouth University the map on the left clearly favors Republicans while the map on the right would result in a Democratic legislature.
Murray said the two maps are illustrative of the divide between the two parties in several key legislative districts.

“It’s pretty much what we thought they were trying to do although the Democratic map has a bit more significant changes particularly in Northwest New Jersey, allowing Bergen and Passaic districts to bolster the Democratic outcome,” Murray told PolitickerNJ.com.

Assisted by an actively engaged Gov. Chris Christie, who came here Sunday to lend his presence to the contest, Republicans want to put Atlantic City in a district with a large chunk of Ocean County to grab the District 2 Senate seat from state Sen. Jim Whelan (D-2) of Atlantic City. They also want to create a second majority Hispanic District to add to 33 by fusing North Bergen together with the City of Passaic. Such a scenario would conceivably force state Sen. Nick Sacco (D-32) into a showdown with state Sen. Paul Sarlo (D-Wood-Ridge).

Rosenthal has reportedly told the teams that he wants to see two majority Hispanic districts and one majority black district on the final map.

Democrats also would alter the 14th, moving West Windsor to the 15th and adding Robbinsville, East Windsor and Hightstown.  In an offensive manuever by the Democrats, South Brunswick from the current 14th District and the Princetons (from the 15th District) would go into the 16th District to make more competitive turf currently occupied by state Sen. Kip Bateman (R-16) of Branchburg.

That 14th district sets up a clash between Democrat Greenstein and Republican Richard Kanka, who is reportedly eyeing a run for the senate.

Farther south, Democrats seek to strengthen Whelan in the south by extending his district west into Vineland.

The Democratic map would do what sources have talked about for weeks, which is push state Sen. Brian P. Stack (D-31) of Union City deeper into Jersey City. Republicans would preserve Stack in his current district and push Bayonne down into a district that includes Elizabeth and Linden.

Talks here at the Heldrich have increasingly gained a papal air as staffers and commissioners mill around awaiting the final edict that will determine control of the legislature for the next decade.

“Is there white smoke yet?” asked state Senate President Steve Sweeney (D-3) of West Deptford, making yet another round of the halls.

The only coherent answer at this point is “No.” 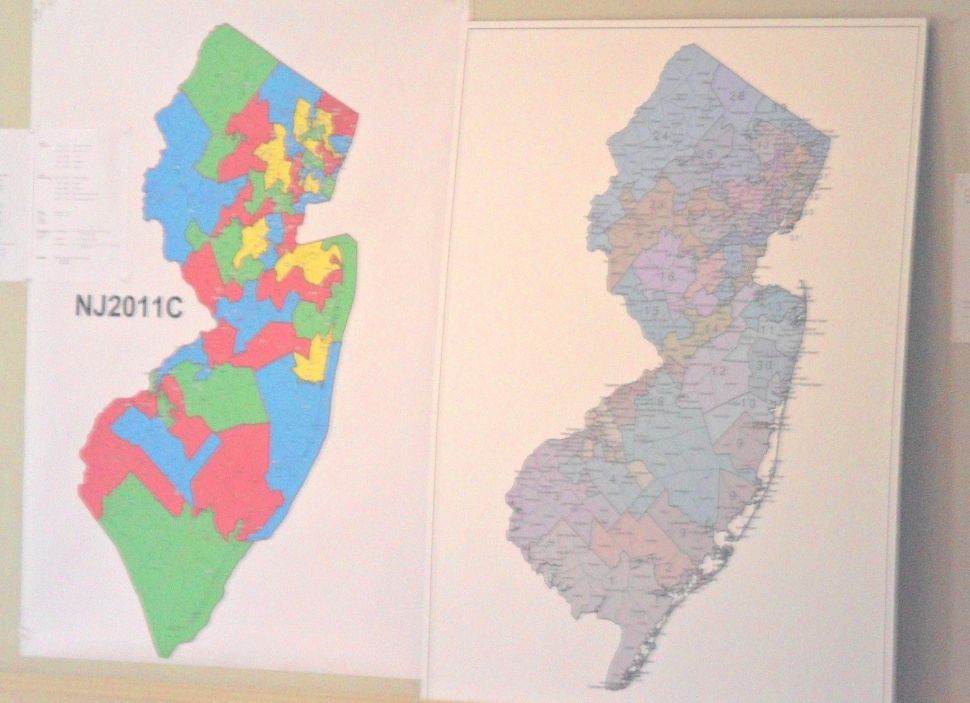