TRENTON – Department of Transportation Commissioner Jim Simpson said Thursday that while 300-plus bridges are considered deficient in the state, they are not dangerous to travel across.

“We have zero dangerous bridges,” Simpson told the Assembly Budget and Appropriations Committee. “As your DOT commissioner, I’m very confident.”

The state has approximately 2,550 bridges, of which about 12 percent are considered deficient,  he said. The transportation head said the state has far fewer deficient bridges than neighboring states.

The fiscal year 2012 proposed budget calls for about $850 million toward bridge repairs, up from $714 million that was budgeted for the current year.

Assembly Budget Chairman Louis Greenwald (D-6), of Voorhees, said there may be a need to have a fund that constitutionally directs funds for bridge maintenance and repairs.

Also in the testimony, Simpson said the transportation budget calls for increasing the amount of money devoted to pothole repairs, from $202 million to $308 million. 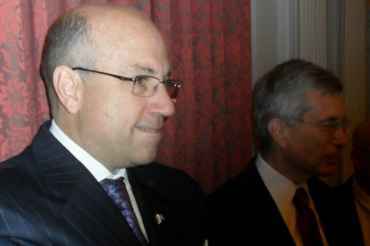