PARAMUS – The planned closure of Vineland Developmental Center is troubling to state Sen. Jeff Van Drew (D-1), of Dennis Twp., and to several advocates who spoke before the Budget Committee today.

But other professionals are candidly requesting the center shut its doors and give some of the thousands of residents in seven state developmental treatment centers the option to enter into small, privately-run community centers, like The Arc of New Jersey.

Two representatives of The Arc of New Jersey spoke separately at the budget hearing today, and both embraced the institution closure as an efficiency measure for the state.

Executive Director Tom Baffuto said whatever savings are found from the Vineland closure should be reinvested back into community-based programs, like The Arc.

“This is about two things: quality of life and simple math,” Baffuto said.

The quality of life for many of the developmentally disabled people at the 20 Arc chapters  is better because they are not – when possible – kept within the walls of an institution.

And as far as the math is concerned, he said, “We’re not using our resources most efficiently.”

According to Gov. Chris Christie’s budget proposal, the state plans to spend $20.4 million for new community placements and services, including $12.6 million to move 113 clients from the seven state institutions into community residential placements and day programs. Another $7.8 million will be provided to fund day programs, help transitions from school programs to state 21-and-older programs, and other services.

Several people testified today disputing that, saying that depending on the status of the client, in-house care is preferred, cost-effective, and necessary.

The crossover into community centers won’t be forced on anyone, Baffuto said, but it will be better for the state and the clients if encouraged and facilitated.

“Just close one, we don’t need all seven right now,” he said.

Van Drew told Baffuto that closure of the state facilities is a terrible plan, especially considering the state’s 8,000-person waiting list for admission into the seven centers.

“I thoroughly disagree with you,” Van Drew said. “We do need them.”

He took a back-door shot at The Arc, and any other private agencies that may be pushing for the Vineland closure “so that they can receive more dollars in their coffers.”

He said an overall study of the subject was needed.

“But you’re just looking at it from one perspective,” Van Drew said.

Van Drew and state Sen. Loretta Weinberg, (D-37), chairwoman of the Senate Health and Senior Services Committee, are scheduling a special hearing to look at the Vineland closure and the “human impact” of that and other budget cuts.

The Vineland facility employs 1,300 full-time workers in Cumberland County, one of the area’s largest employers. It serves 388 girls and women with severe physical and mental disabilities.

Rocco Mazza, a Bergen County resident, spoke today about his brother’s 37-year residency in one of the state institutions.

He asked for the state to “reverse policy” on the closure and attested to “professional, caring, and expert care” his brother receives – “24-hour, hands-on nonstop care.”

“A threat to one developmental center is a threat to all,” he said.

Committee chairman Paul Sarlo, (D-35), of Wood-Ridge, said that even with seven state centers open and functioning community-living facilities, the 8,000 person waiting list “never seems like it goes down.”

A former institutionalized woman, Adelaide Daskam, spoke on behalf of the residents that may have felt trapped in the state centers.

“I have my own freedom, my own apartment, my own cat, everything,” she told the committee. “Being thrown in an institution is not for anybody.”

Developmental center advocate Cindy Bartman told the committee that they may not hear much feedback from families of Vineland Center clients, who themselves average almost 50 years old. That means their parents are elderly, she said, and not likely to come out in numbers.

These clients have lived at Vineland for decades, she said, and many of them “do not possess the cognitive ability to make decisions for themselves.”

In support of her appeal – as if she were appealing directly to Christie himself – Bartman told the committee, “Ronald Reagan once said government should only do things that people cannot do for themselves.” 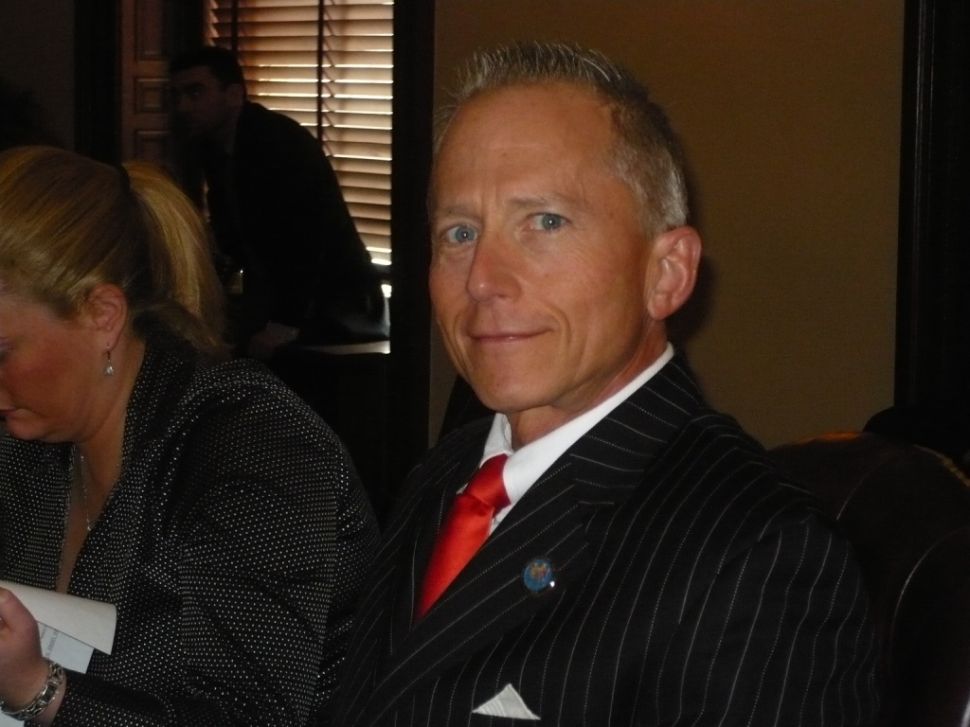