NEW BRUNSWICK – A day after PolitickerNJ.com wrote about a potential Democratic Party gladiatorial contest between Buono and Vitale, Dem Redistricting Chairman John Wisniewski said it’s time for everyone to dial it down.

“This is a tempest in a teapot,” Wisniewski said of the matchup. “People were responding to snippets that may or may not have bearing on the final impact. The comments by senators Vitale and Buono do a disservice to the process.”

The redistricting process is not well served by a blow by blow, he added.

“I’m confident that Senator Vitale was gravely mistaken as to my intentions,” said Wisniewski, speaking to the outcome of a Buono v. Vitale map – namely the possibility that he could dominate his own district and become a senator.

“If they know the outcome,” he added, “I would like them to give me the numbers for tomorrow’s lottery.”

The Buono v. Vitale scenario sparked a conflagration among progressives who saw the head-to-head as a blatant power play by the bosses to both clear some left-leaning senators off the deck while destroying some of the last remnants of the Codey faction that tried to go up against Sweeney a year and a half ago and lost. Buono was with Sweeney against Codey, but insiders continue to see her as a threat to Sweeney as a 2013 gov nod. The other prospective take downs on the map include Codey himself, Vitale, state Sen. John Girgenti and state Sen. Bob Gordon, both Codey loyalists. 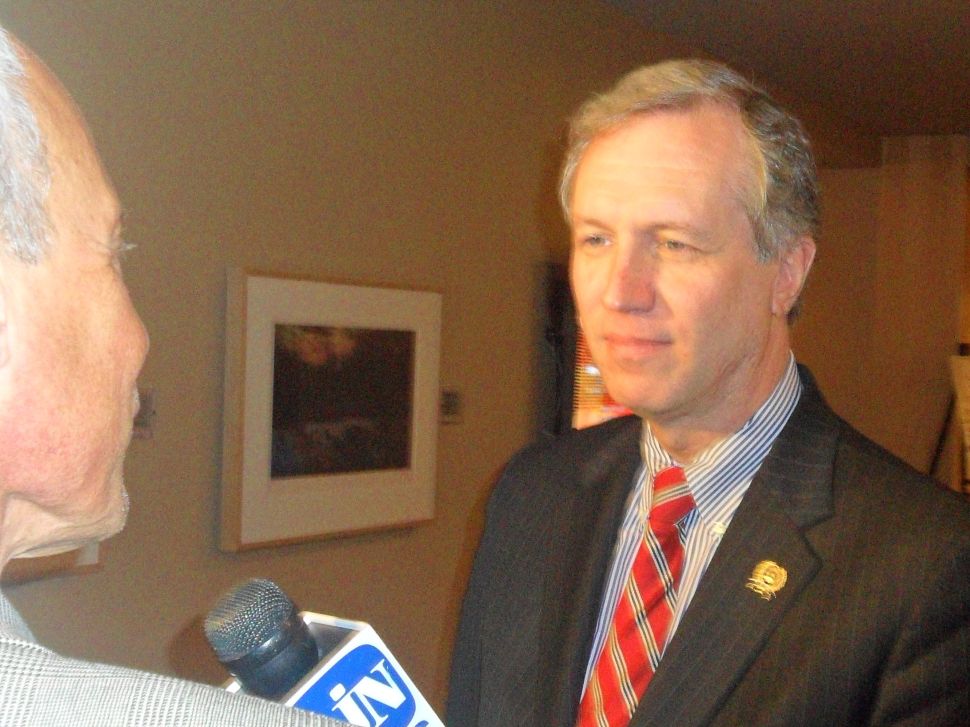