Sarlo is announcing co-sponsorship of RGGI repeal legislation, withdrawing the state from the federal program. He is the sole Democratic legislator joined by 40 Republican colleagues.

Former GOP gubernatorial candidate Steve Lonegen, AFP state director, said in a press release that Sarlo is pushing a repeal “to stand up for ratepayers and businesses in New Jersey by ending the economically destructive RGGI Cap & Trade energy tax.”

The press conference will take place Wednesday in Rutherford at 1 p.m.

He said Lonegan visited him looking for support for the repeal.

Gov. Chris Christie is wavering on the state’s commitment to the cap-and-trade program, and N.J. Sierra Club Director Jeff Tittel said the governor raided $63 million from RGGI to balance his budget last year.

“Christie, Sarlo, and Lonegan: perfect together in their assault on the environment and the people of New Jersey,” Tittel said.

Smith is considering proposing a ballot referendum that would make the RGGI funding constitutionally dedicated to the program – not statutorily dedicated, since that hasn’t stopped the money from being re-appropriated.

Tittel said, “Getting the states to pull out of RGGI has become the number one campaign priority for Americans for Prosperity.” 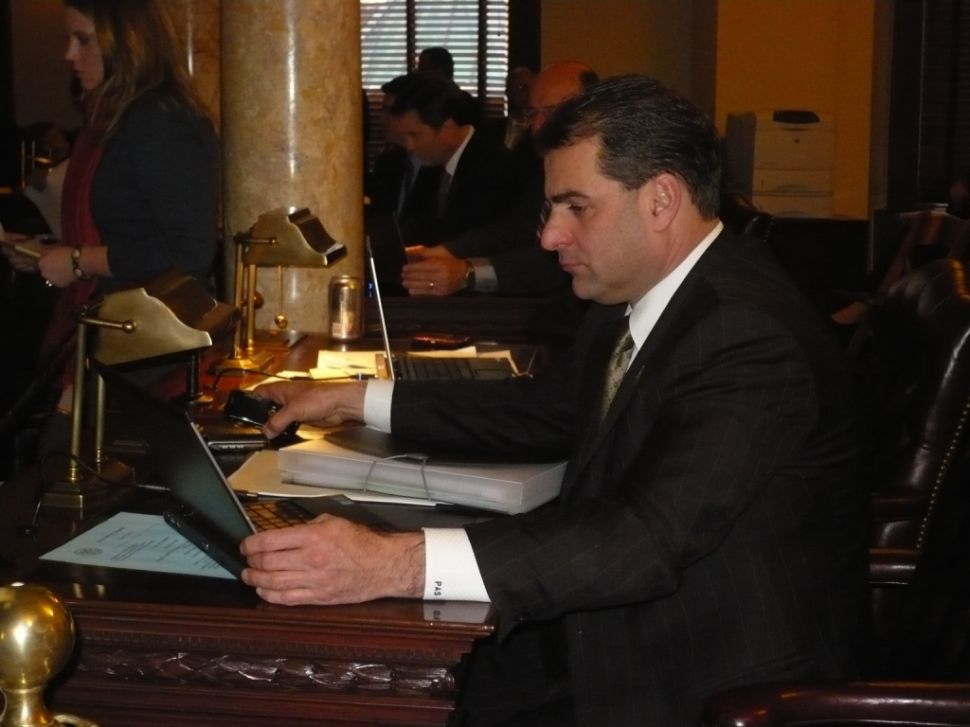