Governor Christie has issued an executive order stating that he will not lay off anyone in the state, if the NJEA can find the Afikoman he has hidden somewhere in New Jersey —before the end of Passover in April. According to Chutzpahpedia, the “Afikoman is a half-piece of matzo which is broken in the early stages of the Passover Seder, and hidden for children to find. The child who finds the Afikoman is rewarded with money or candy.”

“This is who I am™”, said Christie. “If the NJEA is that effective, they should be able to find this Jewish Passover cracker without any problem.” His hint it is that it is “hidden somewhere near a body of .

In response to the city of Camden laying off one half of their police force and a third of its firefighters, Mayor Dana Redd has asked local Camden organize crime bosses to “lay off half of all drug dealers and one-third of all arsonists.”

“This can’t continue, it can’t be sustained,” the Mayor said. “We’re going to have everyone share in this sacrifice…and that includes the local organized crime element—they need to do their share.”

Mayor Redd indicated that if local organized crime bosses cannot be ‘counted on to carry their load in these troubled times, it would be time for them to leave the city of Camden.” 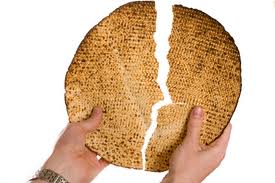