“It is important that candidates win that will put the children and community first over outside influences,” said Codey’s voice in the robocall.

The senator and former governor’s presence in the race is residue from a battle Codey waged two years ago with the allies of Essex County Executive Joe DiVincenzo, most notably North Ward Democratic leader Steve Adubato, who’s backing the opposing ticket in today’s school board contest. 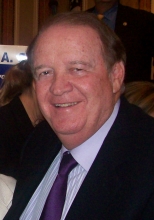