The move comes a week after the New York Times detailed Sweeney’s close relationship with South Jersey powerbroker George Norcross, and the benefit to Norcross’s insurance brokerage firm from the hold on entrants into the state health care plan.

“I’m not going to let the unions discredit (this reform),” Sweeney said as he was leaving Senate chambers today. “I’m going to pull back on (the moratorium).”

The state cuts brokers out of the process and allows municipal, school, and county entities to join the insurance pool, denying brokerages like Norcross’ Conner Strong the opportunity to profit from the large public employee demographic.

Sweeney said he believed the plan was losing money – and has documentation to prove it – when his attempted to create benefit reform between 2006 and 2008.

The Times article provides evidence that the state plan was not losing money, but gaining more and more entrants, lowering costs.

Sweeney was critical of some of the proof presented in the Times piece that shows the plan was solvent and not hemorrhaging money.

The Senate President also said various editorial boards have raised “legitimate issues” with the moratorium, to which he responded.

He said further review of the moratorium and the State Health Benefits Plan are needed and left the possibility of further reform bills that address it on the table. 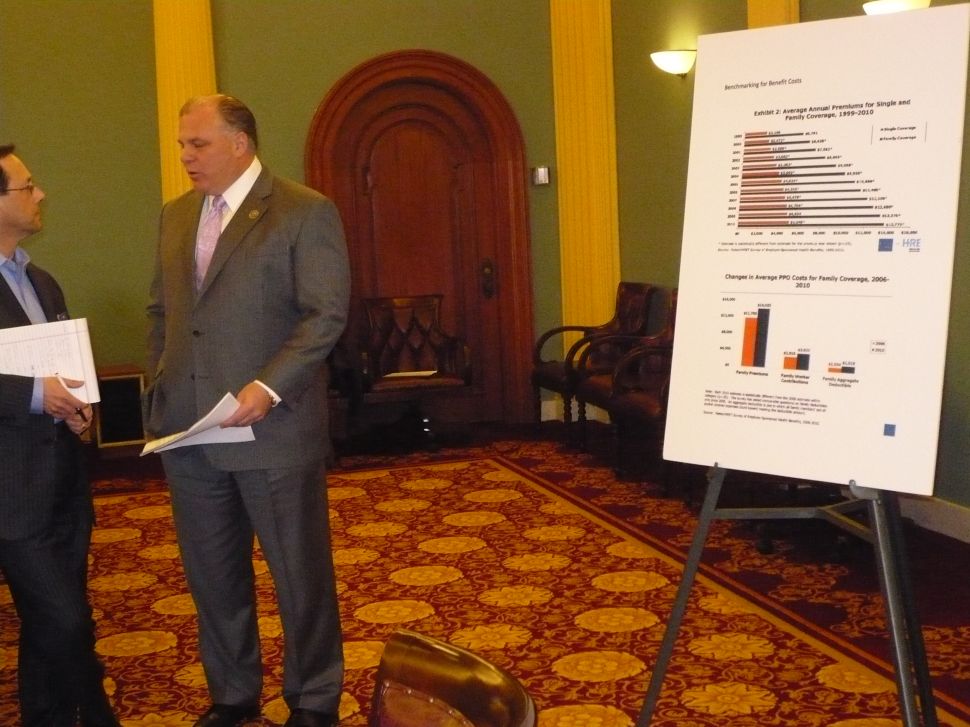