Redistricted out of the 28th into the 29th, Assemblyman Ralph Caputo, (D-28), of Belleville said he will move to Nutley to run for re-election in the 28th District.

“I intend to move there. I intend to be there very shortly and we’ll see what happens,” Caputo told PolitickerNJ.com.

Caputo’s move would butt him up against Assemblyman Kevin Ryan, (D-36), of Nutley.

“Kevin Ryan is a good guy and he’s got a right to run, but he was selected, not elected,” said Caputo. “I’m not angry about this, but Belleville, Nutley and Bloomfield have such close family ties. They shouldn’t have been broken up. I’m taking a philosophical look at this.”

He already has the house picked out.

“Ralph and I and Cleo have been a great team and for us to be divorced by redistricting wasn’t necessary,” Rice told PolitickerNJ.com. “We will continue to serve the people and work on our agenda. I endorse Ralph Caputo and Cleo Tucker.”

Caputo wouldn’t be the only legislator impacted by redistricting who pledged this week to move in order to remain in his/her district. Routed out of the 15th, Princeton Township resident Assemblyman Reed Gusciora said he plans to move to Trenton – already has, in fact, according to published reports. Sacrificed with the split-up off the 16th District, Assemblywoman Denise Coyle also plans to move in order to save her seat. 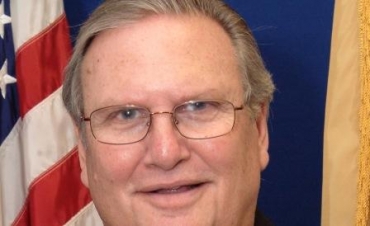