JACKSON – During a personal moment at Tuesday’s town hall here, Gov. Chris Christie told a standing-room crowd at the Westlake Country Club that he gets his blunt demeanor from his Sicilian mother who “ran the show” in the Christie household.

In the days before her passing seven years ago from lung cancer, (he explained she was a heavy smoker), Christie said that he took a red-eye flight from San Diego to a New Jersey hospital to see her on a Friday morning.

She asked what he was doing here, to which Christie explained he had come to see her.

“She said go to work,” Christie said about his mother’s response. “It’s a workday, go to work. There’s nothing left unsaid between us.”

Christie told the crowd of approximately 500 that if his mother was alive today, she would tell him to make sure to not have an inflated ego and that the voters trusted him to be their governor.

The governor shared that anecdote to explain his personality, of which much has been written.

“There’s going to be times that are going to infuriate you,” he said.

However, he said at the end of the proverbial day, “You’re not going to wonder who I am and what I stand for.”

He said his mother would have said, “you won’t have to worry tomorrow what you pretended yesterday.”

Christie’s father was sitting in the audience, wearing an aqua-colored button-down shirt. Christie said he received his work ethic from his father, who attended Rutgers-Newark at night and went on to become a certified public accountant. 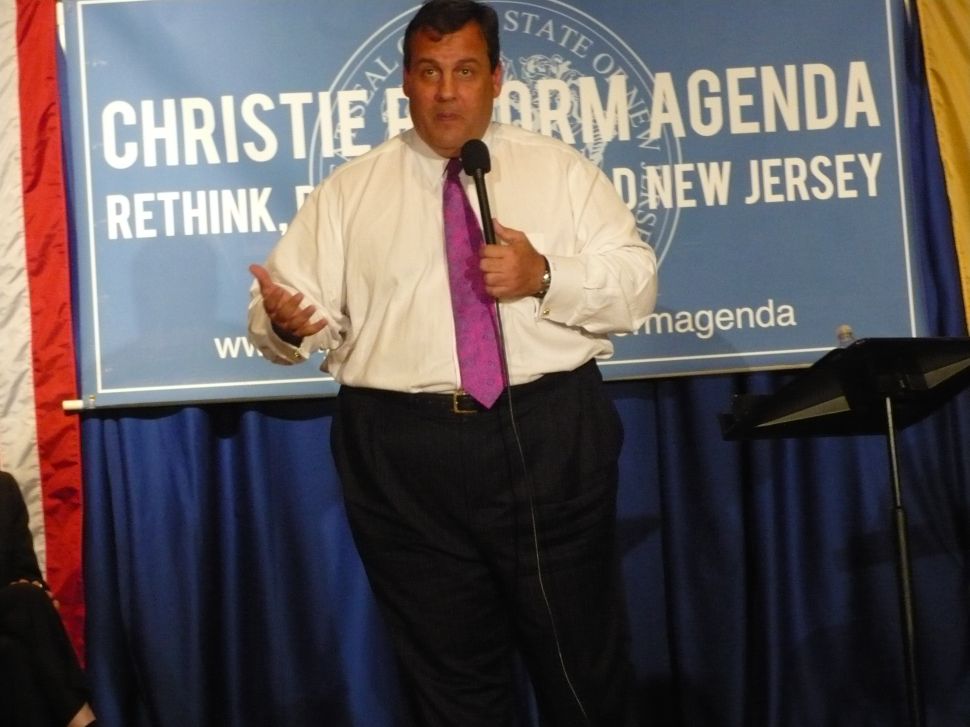