HAMILTON – Gov. Chris Christie said at a town hall Tuesday morning that only five of the 20 tool kit bills designed to provide tax relief have passed. One of the bills that has yet to pass is sick leave payout reform, something that needs to be addressed to relieve property taxes, Christie told about 200 people at his 14th town hall this year.

Christie said that in some eight towns last year, $39 million in sick leave payments were made to retiring employees, and many of the towns had to use bonds to pay for it.

“I don’t know where you work. My understanding was sick leave is for when you’re sick,” Christie said at the Grounds for Sculpture town hall.

He said the sick leave payments have been referred to by public employees as “the boat check.”

“It’ the money they use they retire to buy the boat. They take it to buy their boat, to go to the Shore,’ he said.

He described the problem as one that crosses over towns governed by both political parties.

He said the state pension fund is $54 billion and the health benefits system is $67 billion, which he described as the worst in the country.

“We don’t have one nickel put aside to pay for it.”

Christie’s comments came one day after the voting list of bills for Thursday’s Senate session showed that none of the remaining tool-kit proposals had been posted for a vote. 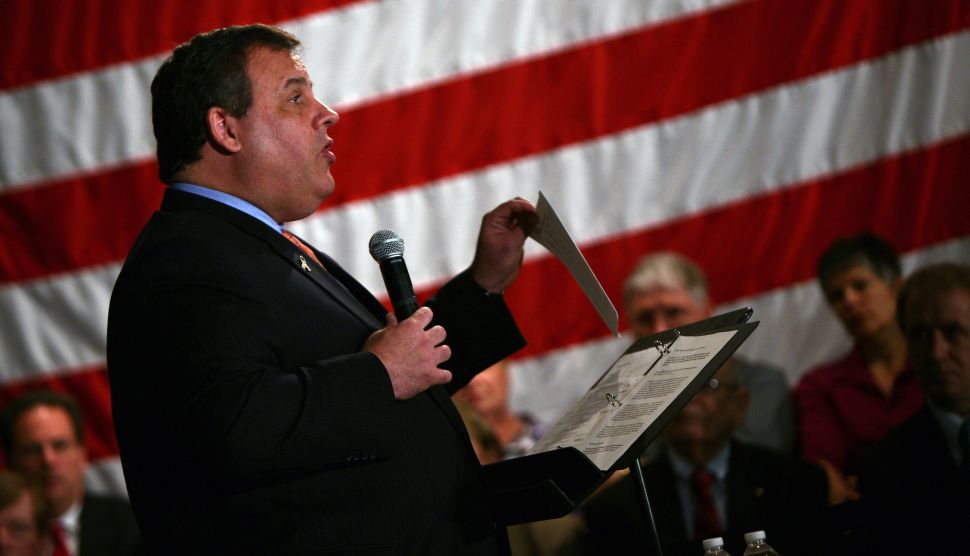