Among other things, Christie said that as a result, live racing will not resume on May 7 as scheduled, and layoffs will begin on May 12.

According to the Christie Administration, in the face of unsustainable racetrack losses, and the recognition that jobs and livelihoods could nonetheless be saved, substantial progress had been made to save standardbred racing in negotiations with  Gural. That progress included the overwhelming acceptance by another racetrack union of new contract provisions.

Christie said in a release  “Apparently, one group has decided on its own to put at risk the livelihoods of many others. We were patient and accommodating, but these deadlines for achieving self-sustaining horse racing are very real.  This is an unfortunate outcome to say the least.”

The failure of Local 137, which represents the tellers, to vote will trigger the following consequences, which Christie said the union was aware would occur: Live racing at the Meadowlands Racetrack will not resume on May 7 as previously scheduled. Meadowlands simulcasting will cease as of May 12. Racetrack employees were issued notices March 8 of potential layoffs as required by law, and absent a vote by Local 137, those layoffs will commence on May 12, the first date for which the legal cessation of all operations at the racetrack can now occur. 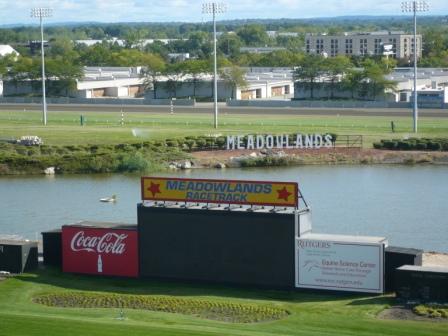