Filed by 38 plaintiffs from around the state, the action claims the legislative district map approved by the commission on April 3, 2011, is in violation of the Federal and New Jersey Constitutions.

According to the preliminary statement filed today in court, “the Commission Map in its current construction dilutes or nullifies the voice of the voters in the southern half of the state and in the state’s two largest municipalities, Newark and Jersey City.” The lawsuit claims the Commission Map over-packed the southern half of the state causing an unconstitutional 18% deviation, which is 8% higher than the 10% deviation permitted by US Supreme Court precedent. Also alleged in this suit are illegal splits of Newark and Jersey City from three districts each to two. “These splits dilute the representation of these urban municipalities by reducing the number of elected legislators from 9 representatives to 6 in violation of New Jersey Supreme Court precedent,” according to a release issued by the Bayshore Tea Party.

Barbara Gonzalez, founder of Bayshore Tea Party Group and a Plaintiff in the suit, said, “After reviewing the commission map, I noticed several violations affecting the voters’ integrity. This lawsuit is crucial to protect the longstanding ‘one person, one vote’ principle. I hope our diligence will raise voter awareness of the voters of New Jersey to recognize the value of their vote.”

Assemblyman John Wisniewski (D-19) of Sayreville, who chaired the redistricting commission for the Democrats, said he’s confident of the new map’s constitutionality.

“This is a map that not only met traditional redistricting criteria but improved upon compactness, competitiveness and one-person, one-vote standards and will ultimately be found constitutional,” Wisniewski said in a statement.

Reacting to the news of the suit this afternoon, political scientist/pollster Patrick Murray said at the very least, the issues raised by the Bayshore Tea Party deserve a full hearing.

“However, it looks like they threw everything into the pot without regard to the consistency of their own position,” Murray told PolitickerNJ.com. “Specifically, I’m confused as to why they argued for adhering to state Constitution provisions when it comes to splitting counties and say those same standards should not apply for municipalities.

“Two points:  (1)  The case they base the latter point on (NJ supreme court McNeil 2003) was based on the Supremacy Clause, i.e. Nwk and JC needed to be split into three to conform with provisions of the federal Voting Rights Act, which trumps anything in the state constitution.  However, those issues have since been overturned by federal court cases, so the McNeil ruling does not apply. (2)  A judge is likely to look unfavorably on an argument which blatantly contradicts itself.” 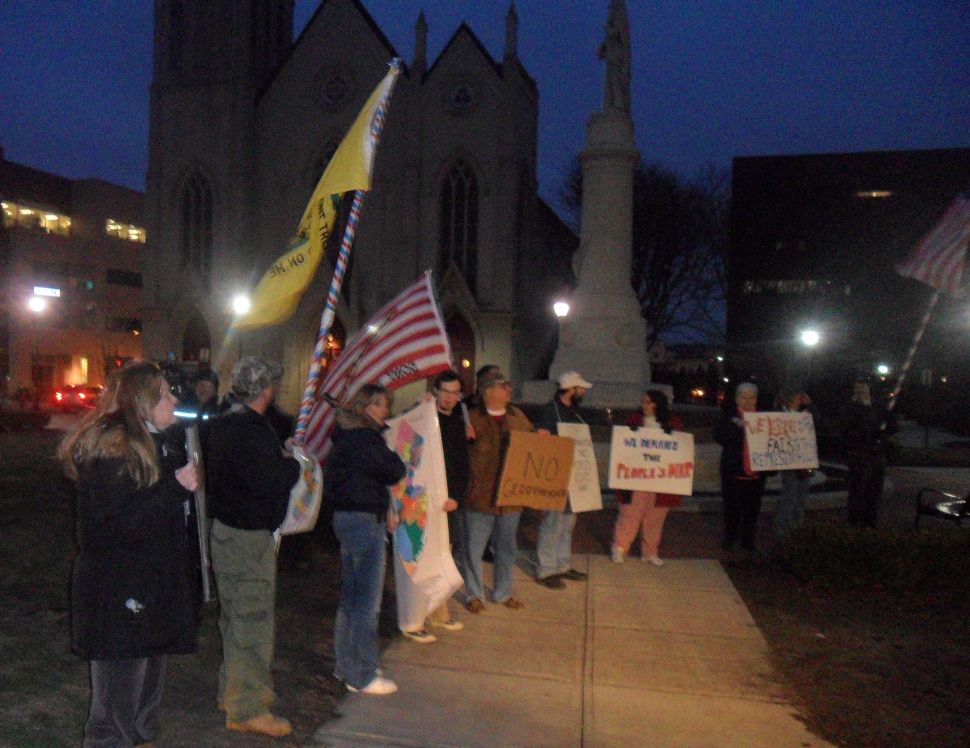