The Cumberland County Regular Republican Organization (CCRO) earlier today announced its endorsed Republican ticket for County and Legislative races, including its backing of the assemblyman who might have been a 4th District senator.

At the county level the CCRO has endorsed Michael Barruzza for sheriff. Barruzza is a former Cumberland County Sheriff serving for three terms. For freeholder the organization has endorsed William Gonzalez, Sandra Taylor and Jody Farabella. Gonzalez served in the United States Marines Corps Reserv,es is a past president of PBA Local 316 and served as a Sheriff’s Officer as well as a Senior Investigator for the Camden County Prosecutor’s office.

Sandra Taylor is a 30-year veteran of the banking industry and was recently hired as Assistant Vice President and Branch Manager of Century Savings Bank’s Sherman Avenue location in Vineland.

Jody Farrabella is a 12-year veteran of the Millville Police Department.

CCRRO Chairman Bob Greco said, “Our party has nominated a very strong ticket for sheriff and freeholder. I am confident we will see more gains on the Freeholder Board.”

“Our candidates in the legislative districts are in great position to win,” Greco said. “Given the fact their collective experience comes from every possible area of politics – from judge to mayor to freeholder to assemblyman – as well as to party activists, their campaigns will be strong.” 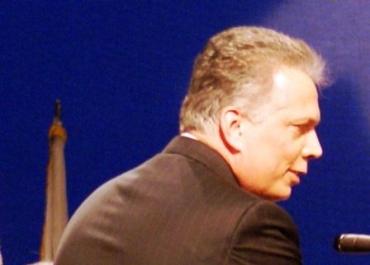