Donations from contractors with public contracts totaled $9.4 million in 2010, a 13 percent dropoff from the previous year, according to figures released by the state Wednesday.

“This is the first time since we started monitoring contractor contributions that the total has dropped under $10 million,’’ said Election Law Enforcement Commission Executive Director Jeff Brindle.

The 2010 total is well off the 2007 peak of over $16 million in contributions from contractors on the public dime.  The 38 percent drop from the peak correlates to the passage of a state pay to play law requiring contractors to disclose their public donations.

Brindle said the 2010 drop is likely due to the absence of statewide races last year, which saw only three special elections for the legislature.  Some contractors have simply stopped giving, Brindle said because they are afraid to lose their public work.

The use of ideological and advocacy PACS has also subtracted from the total contributions in the last year because contractors can give to the PACS without worrying about their public contracts.

“Use of these PACs becomes a problem if they are intended to deliberately circumvent state contribution limits and pay-to-lay laws,’’ said Brindle.

In all, the 1,900 contractors that donated to political candidates and parties hold more than $6 billion in public contacts.  Both of those numbers are down heavily from 2006, when more than 2,300 vendors held $10.4 billion in contracts.

Under state pay-to-play laws, any business that has received $50,000 or more in total public contracts must report its contracts and contributions to ELEC each spring.

At the local level, similar rules apply unless the municipality operates under the “fair and open” process that calls for the local government to solicit bids for traditionally no-bid work. The process is considered “fair and open” if the request for bids is posted on the township’s Web site or in a local newspaper.

There are no formal criteria for awarding the contract, which good government advocates have pointed to as a major loophole in campaign finance reform.

ELEC commissioners have recommended the legislature adopt one single statewide pay to play law that governs all levels of government, as well as eliminating the “fair and open” loophole.

Brindle said the Commission also has recommended making it harder for one candidate or group to establish multiple, affiliated PACs as a means of skirting campaign finance and pay-to-play laws, similar to laws in place at the federal level.

Limits on contributions range from $2,600 per election from individuals or corporations to individual candidates or their committees to $37,000 annually to county parties.  Over the past five years, the average donation from contractors fell 10 percent from $1,225 to $1,101.

Last year’s top 10 is nearly identical to 2009.  Only Waters McPherson, McNeill is a new addition to the group, replacing Adams, Rehmann & Heggan Assoc. in the number eight spot. 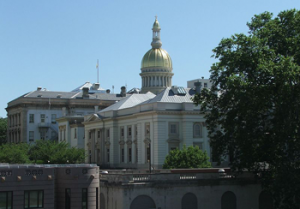