It was a jaw dropper at the time, Assemblyman Jay Webber’s (R-Morris Plains) insistence both on the Saturday that the redistricting decision came down while Democrats spilled out of their conference room like the champagne-soaked 1986 Mets, and a day later when the commission ratified it: the new map is better than the old map for the GOP.

But Bergen County Freeholder Chairman John Driscoll (pictured) of Paramus, a candidate for the state Senate in legislative District 38, said he agrees with Webber, based on the map’s impact to Bergen County – and specifically his own legislative district.

“Who’d have thought that when Dr. (Alan) Rosenthal selected the Democrats’ map that it would get better for Republicans? The map puts Central Bergen in play.”

Driscoll contends that if Republicans can chip away one more Senate seat they can add one more to 39 and 40 to give Republicans a 3-2 majority of Senate chairs in New Jersey’s most populous county.

The district’s undergirding this year reflects the 38th’s overarching competitive tendency now as control for the council is at stake in one of the district’s largest towns – Fair Lawn – home to the sitting senator.

Elected to the freeholder board in 2009, businessman Driscoll said he intends to run in part on a platform of pension reform, Xanadu resolution and school funding fairness.

“This situation with people like (Essex County Executive) Joe DiVincenzo collecting a salary and a retirement pension has to stop,” said the freeholder chairman. “When I was sworn onto the freeholder board, I took the pay cut. I’m not taking healthcare benefits.”

As for school funding, “A football field on top of a high school in Union City that looks like the Taj Mahal being built while we need help over here in our district? Something’s not right.”

Aside from his opponent being a “local Democrat who was loyal to former Gov. Jon Corzine,” the gentlemanly Gordon doesn’t especially rankle Driscoll. He and his campaign allies are in the process of examining the senator’s four-year record in the upper house. For his part, he said he disagreed with Gov. Christie’s decision last year to not reinstate the millionaire’s tax.

“I thought given our fiscal situation that everything should have been on the table,” Driscoll said. “Looking at it now, I would have to re-evaluate it. I’d have to look at the OLS numbers.”

Before he faces Gordon, Driscoll may have to go through GOP Primary challenger Michael Agosta, who was flattened by U.S. Rep. Steve Rothman (D-9) last year and dinged up by his own party in the process, enough to grimly re-entrench this year as an anti-establishment GOP state Senate candidate.

He may already be gone, however, according to GOP sources, a drop-out before the contest started.

“John’s been quoted as saying the Tea Party’s a bunch of crazies,” Agosta told PolitickerNJ.com last week as he sized up the primary. “They’re not crazies. They’re people who are tired of politicians like Driscoll. Look, this whole business that you can’t run against the organization – that may work in Cuba or Saudi Arabia or Iran, but that’s not us. That’s not America.”

Agosta’s agony includes the visual of Bergen Republican Chairman Bob Yudin embracing last year’s Tea Party outsider, John Aslanian, and repackaging him as an establishment Assembly candidate in the 37th District in the aftermath of his loss to Agosta, even as Agosta finds himself relegated to the hinterlands.

“Aslanian has as much integrity as Bernie Madoff,” said Agosta. “I have a better chance of being president than Aslanian has of winning in the 37th.”

Driscoll gently dialed it down today in a conversation with PolitickerNJ.com.

“Michael’s a good man, a good family man,” he said. “He served his country in the military and as an air marshal. I thank him for that, and for running last year against Congressman Rothman. Look, losing elections – it’s tough. I’ve won and I’ve lost. I know the feeling of both.”

Agosta means to make Driscoll squirm in a GOP primary, objecting, for example, to what he called a statement last year by the freeholder to the effect that he was indifferent to Arizona immigration law.

“I made an error in judgment,” Driscoll said.

Whatever primary jousting awaits Driscoll with Agosta, if one awaits at all, the general election may prove less of a political bar brawl on conservative issues – but more competitive finally as Republicans try to make another statement in Bergen a year after County Executive Kathe Donovan and her GOP team swept.

“It’s going to come down to who wants it more,” Driscoll said. 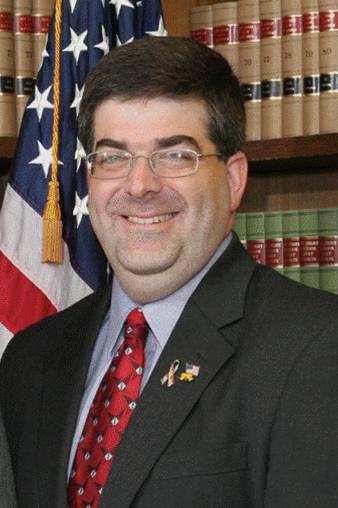