Fifty-one percent of New Jersey voters approve of the way Chris Christie is handling his job as governor; while 41% disapprove, according to this morning’s Fairleigh Dickinson University’s PublicMind poll.

“He’s not the Teflon governor,” said Peter Woolley, a political scientist and director of the poll, “But right now he looks like the armored governor.”

More than three of five voters (64%) continue to say the state should hold the line on spending even if many programs are reduced, while one in four (26%) say the state should raise taxes if necessary to support state programs. Those who say the budget should be cut, even if it means cutting programs, approve of the governor by a 2-to-1 margin (63%-29%), while those who say taxes should be raised disapprove of the governor by more than a 2-to-1 margin (69%-25%).

“The governor would certainly like his support this year to translate into gains in legislative seats,” said Woolley, “but the new district map as well as registration that favors the Democratic Party will make that a real challenge.”

The Fairleigh Dickinson University poll of 711 registered voters statewide was conducted by telephone with both landline and cell phones from March 29 through April 4, 2011, and has a margin of error of +/-4 percentage points. 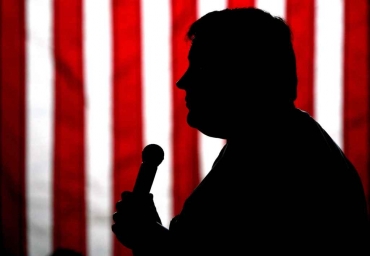