JERSEY CITY – Councilman Steve Fulop’s candidates swept another three seats on the Board of Education tonight, a significant achievement for Fulop, a future candidate for mayor.

Mack was a consensus pick, also endorsed by Mayor Jerremiah Healy, who, by all indications, is preparing himself for a 2013 battle with Fulop.

But Healy’s other two picks failed to stem the schools tide that Fulop started last year, when he took three seats on a Hudson County Democratic Organization-loyal school board.

Healy was not immediately available for comment, according to a spokesperson.

But last year, Team Fulop was able to paint their opposition, at least former Mayor Gerry McCann, as a villain. There was also a push for school budget votes last year, for and against, including by the teacher’s union that has backed all of Fulop’s six candidates.

So without that impetus, and with McCann nowhere near this match-up gave, one Fulop supporter pause an hour before returns came in: “We didn’t have the anti-McCann vote this time.”

An hour later, Fulop was the first to introduce his winning candidates and note the public’s support for a message of accountability.

Turnout numbers looked low in many wards, except in Fulop’s base, Ward E.

Schools Superintendent Charles Epps, former assemblyman and embattled school leader, may be on the chopping block now, with Fulop’s crew in control of the board and Epps without a contract because Gov. Chris Christie’s administration didn’t allow it to be ratified.

Fulop told a riled up crew at the 2nd and Monmouth storefront that the tide turned.

“You see bonecrushing numbers out there,” Fulop said. “And I just want to say thank you.”

His candidates laid out their pledges one last time – but even after all of the talk about how this was really about schools and education and accountability (and it very well may be) – the crowd acknowledged Fulop’s leadership. 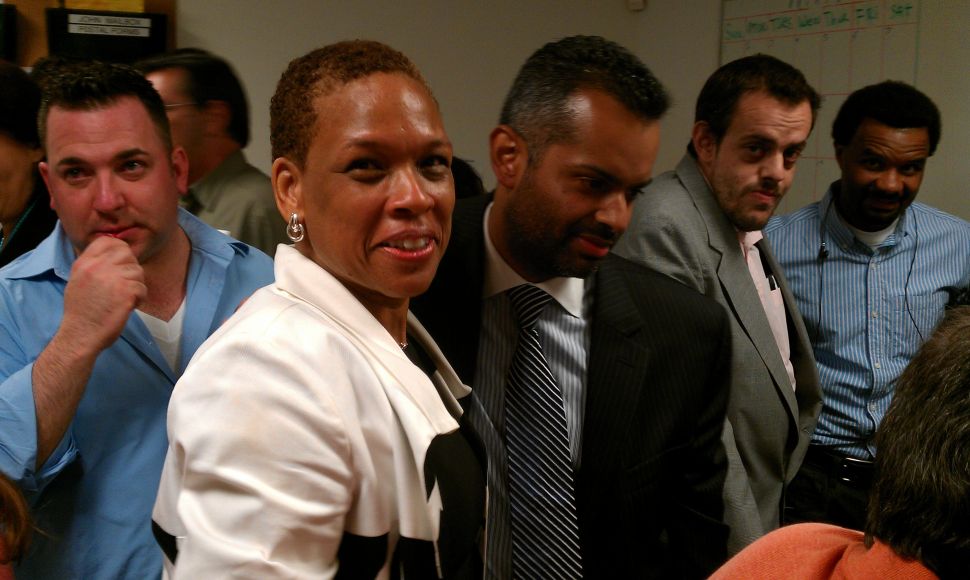