Chewed up during the Passaic Valley Sewerage Commission (PVSC) feeding frenzy, former PVSC Commissioner and CFO Ken Pengitore surfaced this week as a Republican candidate for the state Senate in Legislative District 35.

The former Haledon mayor, who resigned abruptly as the commission’s CFO during the Wayne Forrest era amid nepotism headlines, is running on a slate against the establishment GOP line for the right to go against presumptive Democratic nominee Assemblywoman Nellie Pou (D-North Haledon).

“I can say this,” Pengitore told PolitickerNJ.com. “I was commission CFO and that place was well run. They have national awards from the EPA. It’s a well-run operation. When I was there as CFO we brought in a zero increase budget, which may have been the first time that happened. Our bond rating at PVSC is better than the state’s. Those are hard-working people over there and everybody should be proud of the job they do.”

“I think so,” Pengitore said when asked if Girgenti got a bad break. “We don’t know all the details, but if people were supporting John and people went to his fundraising affairs, they were doing it for John. He was unfairly branded. He got hit and tarred with a broad brush.”

“History will prove PVSC was an honorable operation,” Pengitore added.

The former commissioner’s two children remain on the payroll at the commission, a situation that in part forced him out the door.

“During the summertime they would hire college kids and my daughter happened to be in grad school. I thought she would go into the FBI, but she took a job in the lab. I recused myself from the vote. My daughter is today a scientist there – highly qualified. Smart. She’s written national articles.

“My son Scott – they needed electricians. Again, I recused myself. My poor daughter in law – they say I hired her. My son met her there. I didn’t hire Heather. This is craziness here.”

If he wins the primary, Pengitore, a former star quarterback at Clemson, said he’s willing to join Gov. Chris Christie’s team, despite the fact that it was Christie who dropped a Godzilla-sized tail on PVSC.

“Chris Christie needs as many Republicans in Trenton as he can get,” said Pengitore. “I’m independent, but we need to all be rowing the oars in the same direction.

Pengitore will have to get through former Haledon Police Chief Jerry Gamble, now of North Haledon, who has the backing of the regular Republicans. 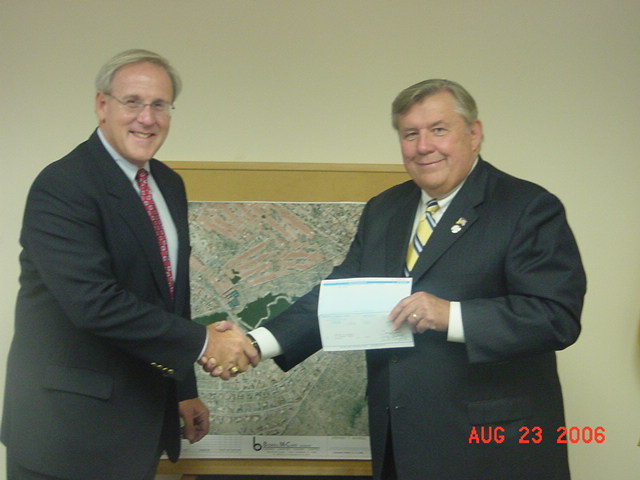